It was all or nothing for Melbourne Victory in its final 2016 AFC Champions League group game against Gamba Osaka in May.

Victory needed a win to ensure it reached the Round of 16 for the first time in the club’s history, against a Gamba team already eliminated from Asia’s premier club competition.

A win would also ensure a further two games at the club for Victory great Archie Thompson, the retiring Matthieu Delpierre and Wellington Phoenix-bound Kosta Barbarouses.

Buoyed by the occasion, Victory was at its devastating best early on and scored through Besart Berisha in the 13th minute after Shun Nagasawa handled the ball in the penalty area.

Thompson stole the show just three minutes later when he tapped in a cross from Barbarouses, sending the crowd into raptures.

Brazilian striker Ademilson scored six minutes from full-time to make for a nervous finish, but Victory held on to extend its season, and the stay of its three departing stars, for another fortnight. 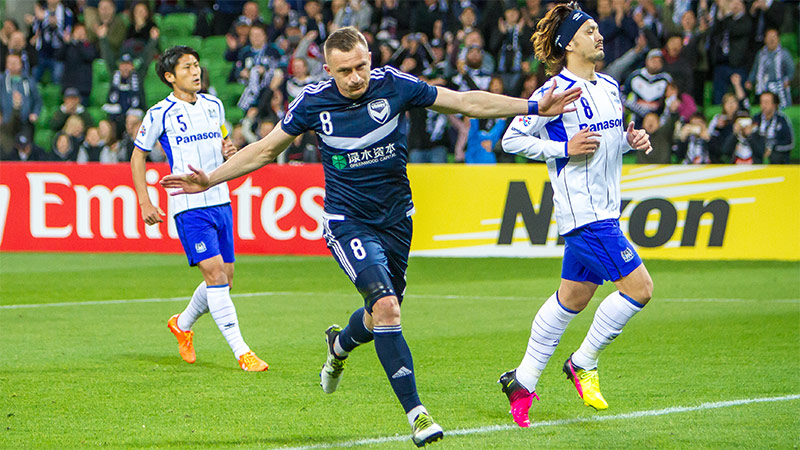 What Kevin Muscat said: “It’s great for the football club. We’ve managed to create some history.

“We’re through to the next round and I’m elated for the group.

“It was typical of our season tonight. We just left the door half open and gave them an opportunity.

“We would’ve liked to have got the third and killed the game off, but it’s not in our DNA at the moment.”