In their first meeting since the Hyundai A-League 2015 Grand Final, Melbourne Victory got the better of Sydney FC once again in a high-scoring classic at Allianz Stadium.

After a big build-up during the week, fans were treated four goals in the opening half hour, with Sydney going ahead twice, only for Victory to answer in quick succession.

Besart Berisha and Gui Finkler were on the scoresheet early, before the teams went into the break locked at 2-2.

Kosta Barbarouses put Victory in front after 68 minutes, and with both sides throwing everything at the contest in the dying stages, Berisha killed it off with a brilliant strike in injury time.

The win was Victory’s third for the season and catapulted it into third place on the Hyundai A-League table after six rounds. 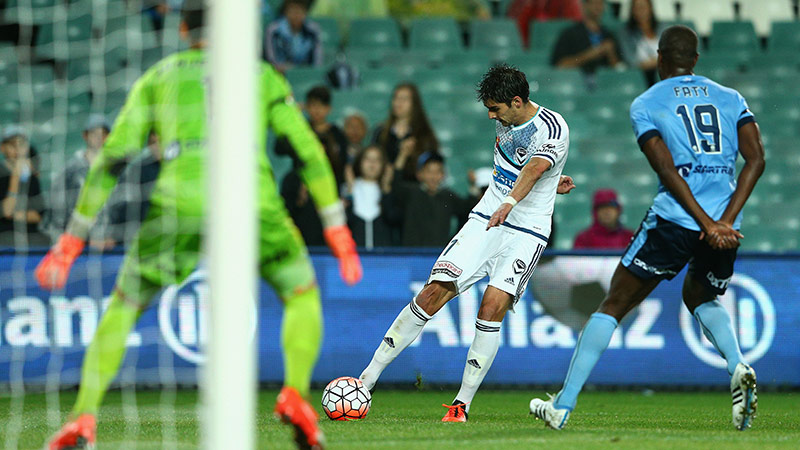 What Kevin Muscat said: “We didn’t come here to make a statement, we came here to perform, and on the night I thought we were exceptional.

“There was a lot of talk during the week, fortunately enough for us we’ve built a culture where we leave our talking for the park.

“It was an exceptional night for us tonight, a great win. Three of the goals we scored were outstanding goals.” 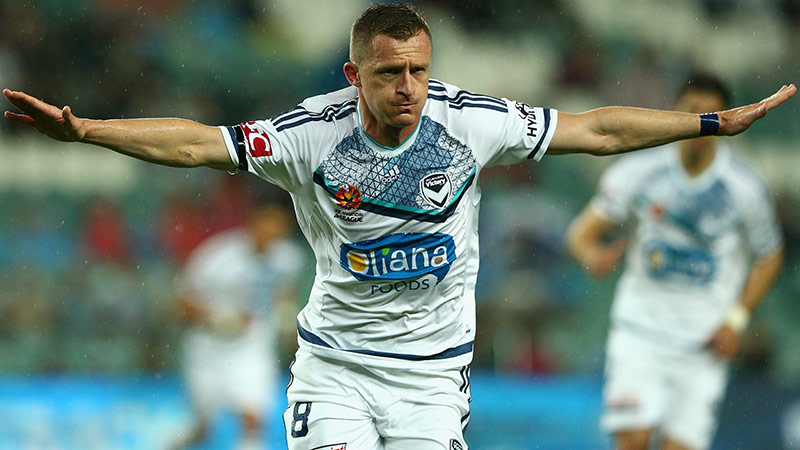