Victory captain Leigh Broxham is calling on the squad to carry Friday’s winning momentum into this weekend’s Melbourne Derby.

Broxham played a full 90 minutes in the 6-1 triumph over Western United and believes a result like that had been coming.

Victory now hosts City behind closed doors at AAMI Park on Sunday, the Club’s final game of the A-League season.

.@LeighBroxham on the importance of last week's win, in preparation for Sunday's Melbourne Derby 💬 #MVFC #Since05 pic.twitter.com/EQfkrkxkYf

“We hadn’t beaten that mob before, so it was satisfying to win against them,” said Broxham.

“In the last six weeks we’ve created a lot of chances, so it was great to score and build our confidence for the last game.”

Broxham has been on the winning side in the Derby on nine occasions and is determined to make up for Victory’s previous two outings against City.

“What happened throughout the season still hurts,” he admitted.

“It would’ve been nice to have people in the stadium too, as we couldn’t share Friday’s good result with our members and fans who deserve that moment.” 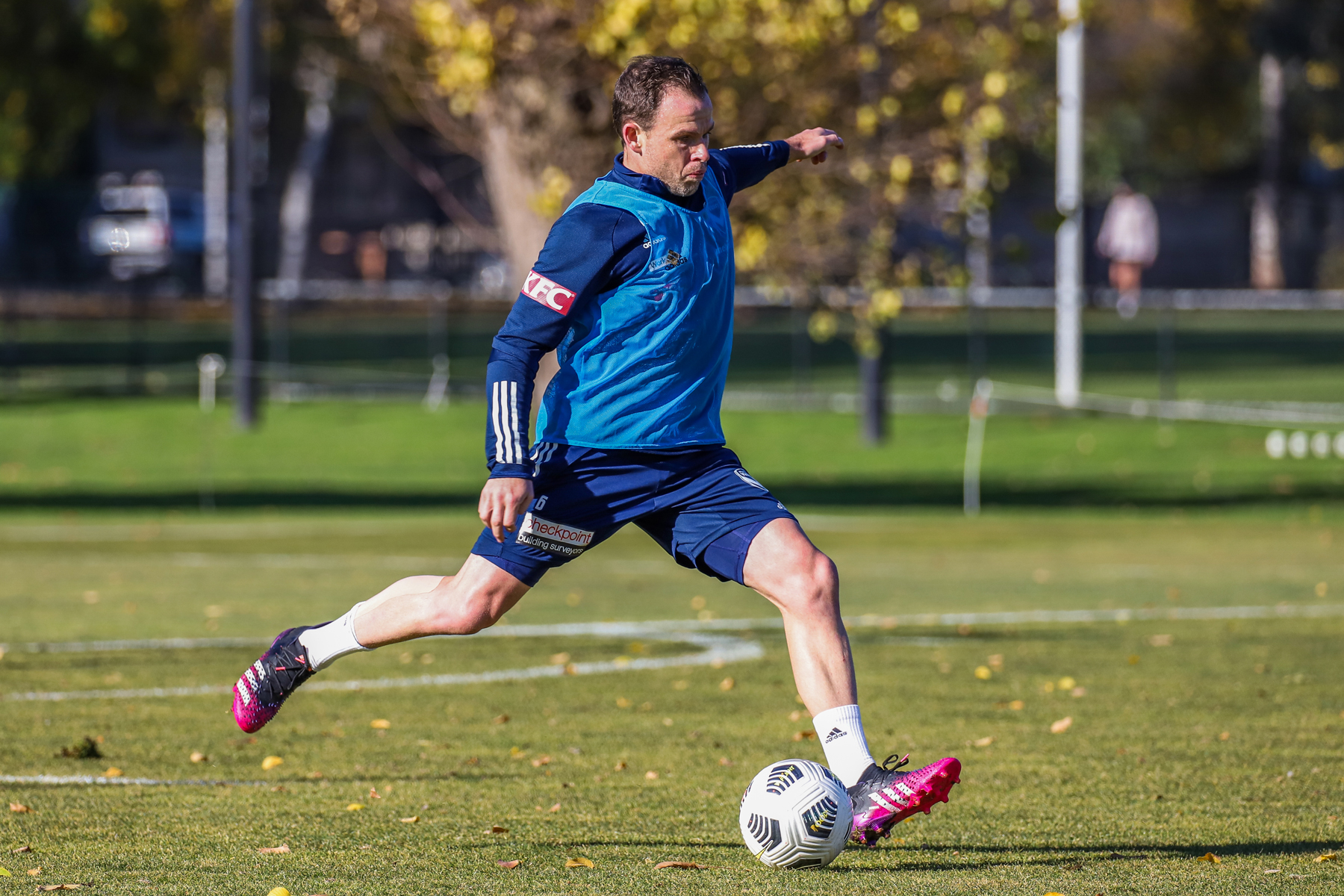 Broxham has featured at centre-back in recent weeks, continuing his trait of being able to play in various positions.

“The more experience you get the easier it becomes to execute these different roles,” said the skipper.

“I’ve been able to have the career I’ve had by playing so many different positions.

“You come into a season thinking it won’t happen, but I’m happy to do it and help the team on game day,” Broxham said.

"By the time my debut came I was ready and had no nerves."

Nishan Velupillay on representing his boyhood club ⚽ #MVFC #Since05

The Victory defender has seen a number of youngsters emerge through the Club’s ranks in his time and is impressed by the squad’s newest talent, Nishan Velupillay and Lleyton Brooks.

“They’ve both come in, been patient and done a good job when called upon,” said Broxham.

“It’s positive that they’re coming in and making an impact and they deserve their opportunity.

“It’s now up to them to really grab it and take their chance.”