Melbourne Victory captain Carl Valeri is one of just a few Hyundai A-League players who knows what to expect when his side meets Juventus at the MCG on Saturday night.

Valeri spent over a decade playing in Italy before he arrived at Victory, and he saw the power of the Bianconeri first hand while playing for Sassuolo during the 2013/14 season.

The midfielder spent the game on the bench in a 4-0 loss in December 2013, with Carlos Tevez netting a hat-trick at Juventus Stadium in Torino.

One of his teammates that day was midfielder Luca Marrone, who is part of Juve’s travelling squad for Saturday night’s International Champions Cup Australia match at the MCG.

Valeri also played under Juventus coach Massimiliano Allegri (pictured below) while representing SPAL and Grosseto in the 2000s.

“It’s going to be fantastic. I played in Italy a long time and I looked up to a lot of the players,” Valeri said.

“I was lucky enough to be coached by Allegri for about three years back when I was first starting out in the Serie C and Serie B.

“He is fantastic with the players. He was great getting everyone to play for him and getting the group united.

“He’s just grown since then and done some amazing things for Juventus, for Milan, and for the sport.”

Valeri said he and the Victory playing group cannot wait to suit up against the Italian champions at the MCG.

“Not many kids can say you’ve played against Juventus. I feel like a kid at this point in time. I’m a 30-year-old kid, pretty much,” he said.

“I’ve heard people saying it’s not their best team, but it’s still an amazing team and they are going to be a tough test for us.

“They’re missing their European stars, and fair enough they deserve a break, but they’re still a fantastic team. I’ve seen these players play. It’s going to be a tough battle.

“They’re also going to be playing for something, playing to stay at Juventus, so it will be tough.

“There’s that excitement there, as if it’s the first game of the season already.”

Juventus, Atletico Madrid and Tottenham Hotspur are heading to Melbourne for the 2016 International Champions Cup Australia, presented by Audi.

Tickets for Victory’s game against Juventus are available here. 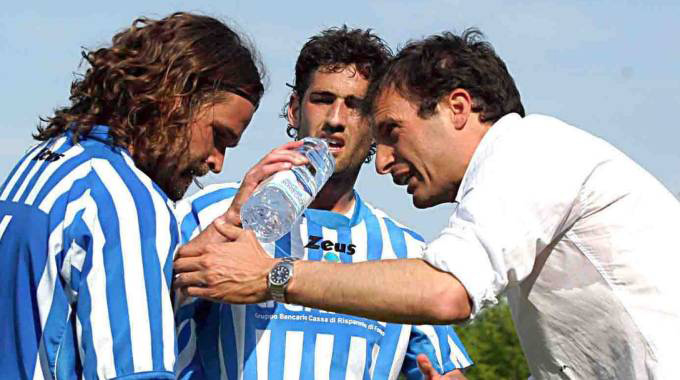