Morocco international Medhi Benatia has completed a medical in Turin ahead of his proposed move from Bayern Munich to Juventus.

Benatia, who began his career at Marseille and also had stints at Udinese and Roma, won the Bundesliga with Bayern last season.

The French-born defender is set to become Juve’s third summer signing following the arrivals of Dani Alves and Miralem Pjanic.

According to reports in Italy, Benatia should sign by the weekend and is expected travel with his new teammates to Melbourne for the 2016 International Champions Cup Australia.

Juventus will depart Italy for Australia on Sunday, with Massimiliano Allegri’s men preparing to face Melbourne Victory on Saturday, July 23.

Colombian striker Santos Borre, 20, was signed by Atletico a year ago, though he remained in his home nation on loan at Deportivo Cali last season.

Nineteen-year-old winger Jota, who has penned a five-year deal with Atletico, completed his switch from Portuguese side Pacos de Ferreira last week.

“Diogo Jota and Rafael Santos Borre have all the requirements we seek whenever we decide on a young player joining the first team – quality, talent, dedication, ability to improve, and commitment,” Atletico chairman Enrique Cerezo said.

Atletico also revealed its home and away kits for 2016/17, most notably introducing a black away shirt with gold and blue trim.

Juventus, Atletico and Tottenham Hotspur are heading to Melbourne for the 2016 International Champions Cup Australia, presented by Audi.

Victory will open the tournament against Juventus at the MCG on Saturday, July 23. Tickets are available here. 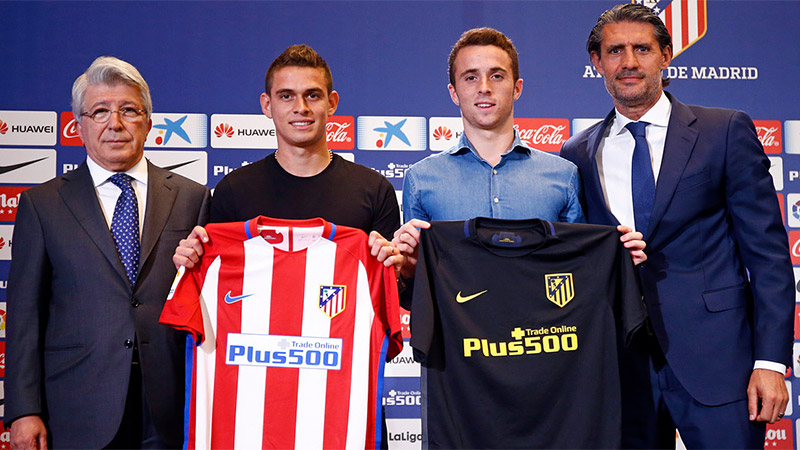