In the ratings, Lawrence Thomas has made a big jump to be the second-best keeper in the league.

The 25-year-old has gone from a bronze card to a silver card, and is behind only Eugene Galekovic.

At the other end of the field, Besart Berisha is one of the top strikers in the league.

He’s rated a 74 overall, and the four stars for his weaker foot mean he’ll be a threat off either side of his body.

When added to his attacking and defensive work rate as judged by the EA Sports scouts, the winger will offer plenty down the left side of the park.

James Troisi and Mark Milligan both have an identical 74 overall rating, which leaves the duo tied for the fourth best midfielder in the league.

Troisi’s strength is in his pace (77), while Milligan’s physical attribute is his highest (80).

To round off the ratings revealed so far, Leigh Broxham is the fourth strongest player in the A-League. 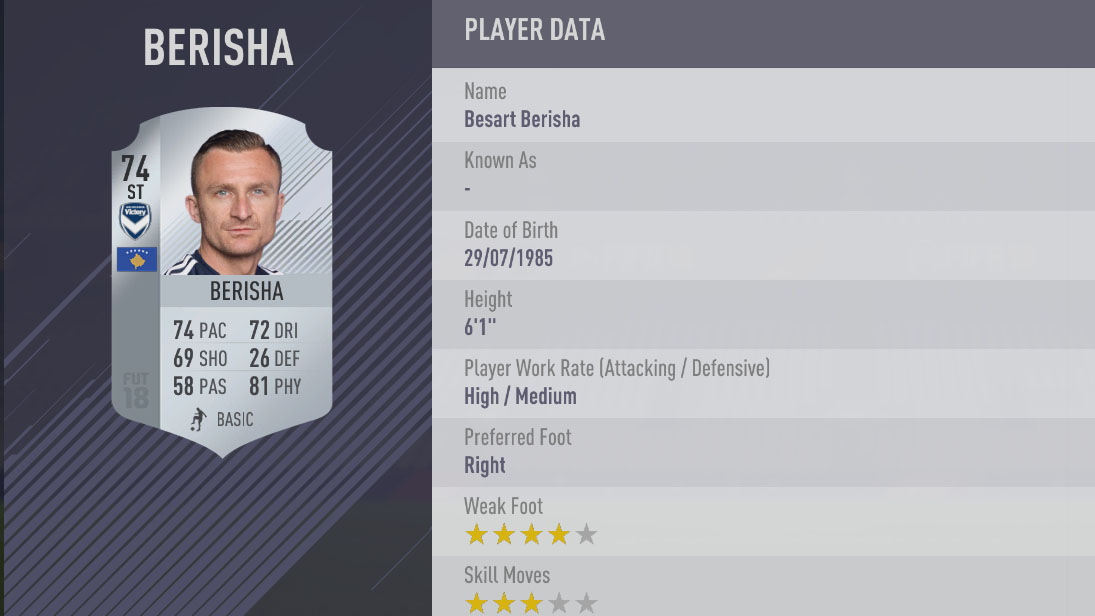 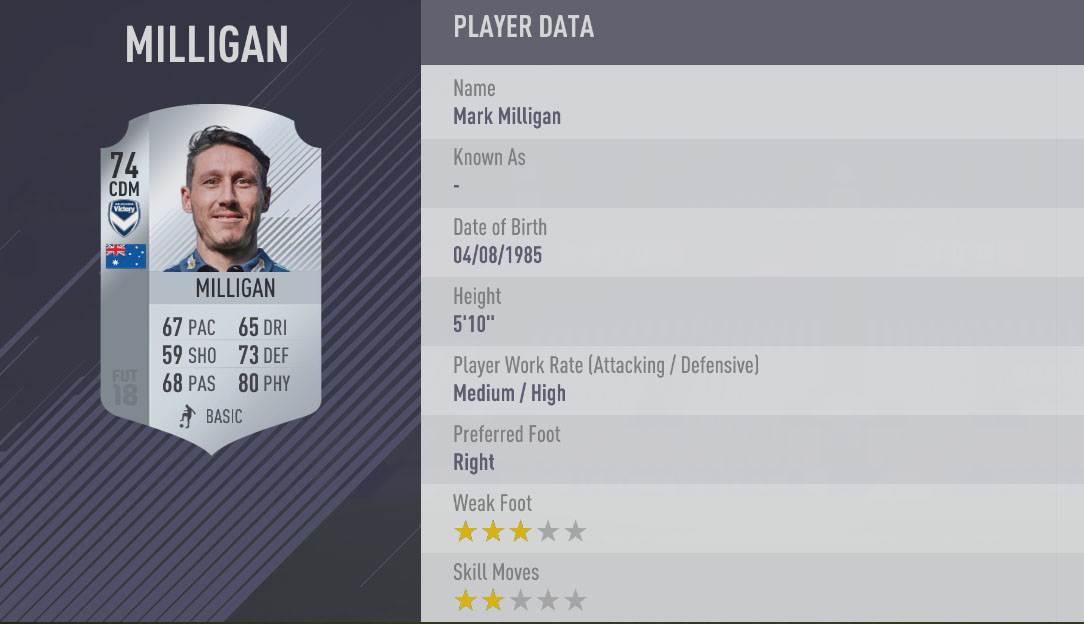 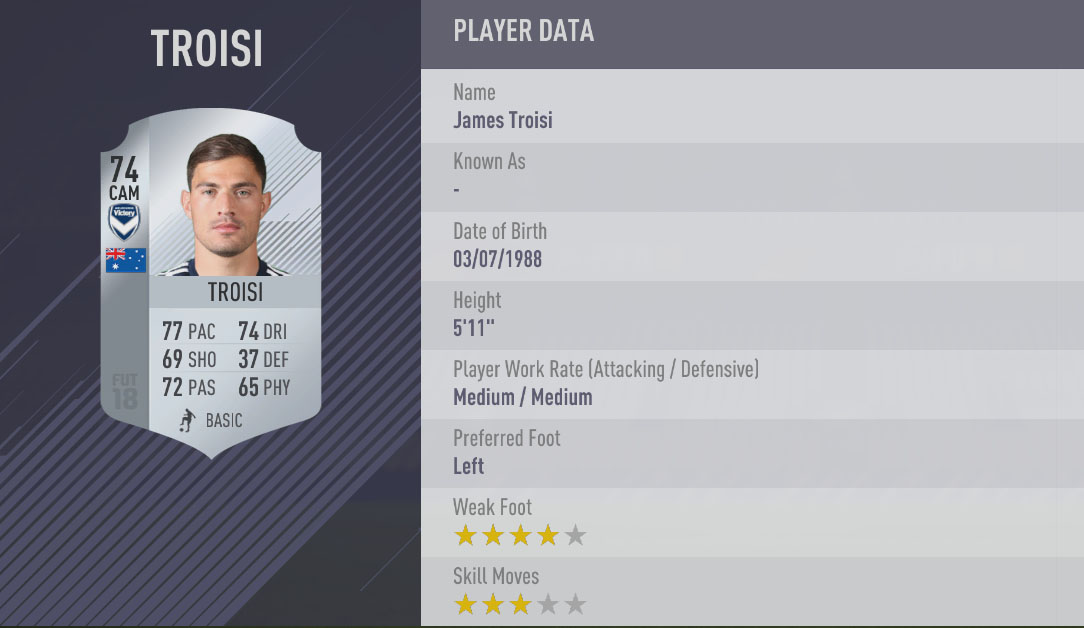 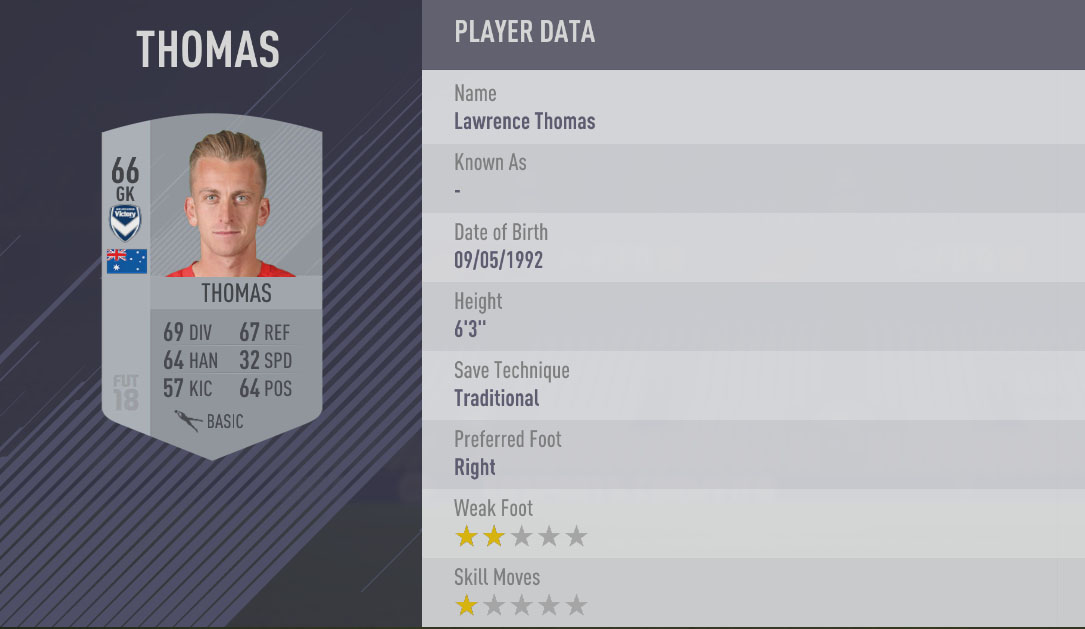 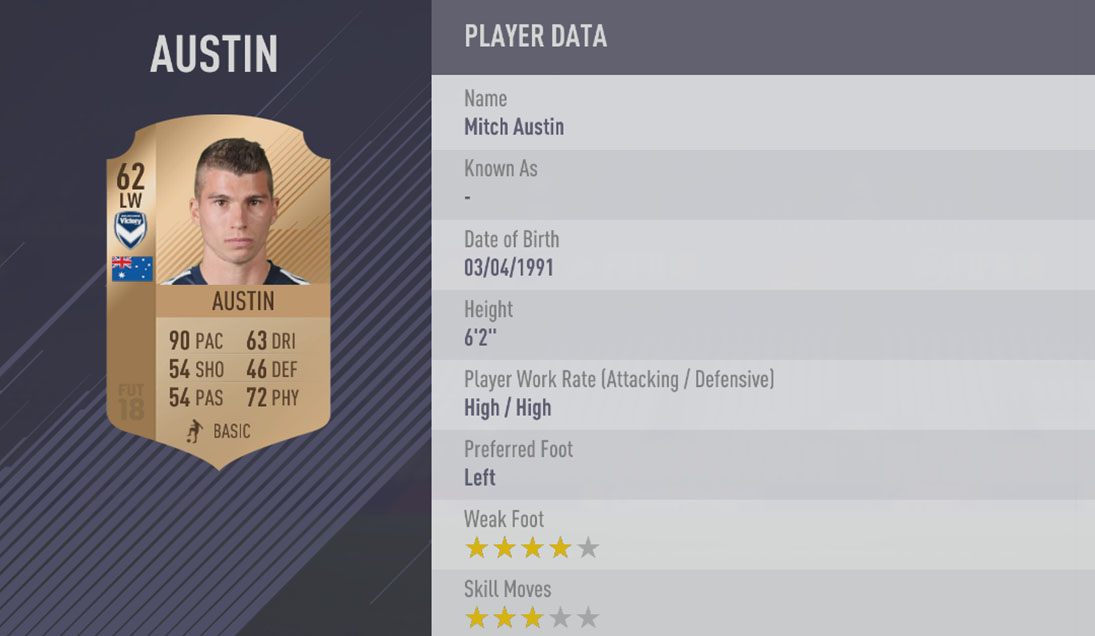