Victory created plenty of chances but had to settle for a point in its Westfield W-League opener at AAMI Park.

While Hopkins lamented his side’s finishing, he saw plenty he liked against the Reds.

“Lots of positives. My feeling was we were on top, without really hurting them,” he told a news conference.

“We created a number of good chances and the type of chances we’ve been creating all through pre-season. We just needed one finish. I think one goal was going to win the game.

“You saw later on in the game they came into it and got a few chances so there’s a couple of things we need to work on with our transition defence as well.

“Overall, I was quite happy with most of the players.”

Victory dominated possession for most of the contest, with MelindaJ Barbieri going closest with a long-range strike that hit the post. 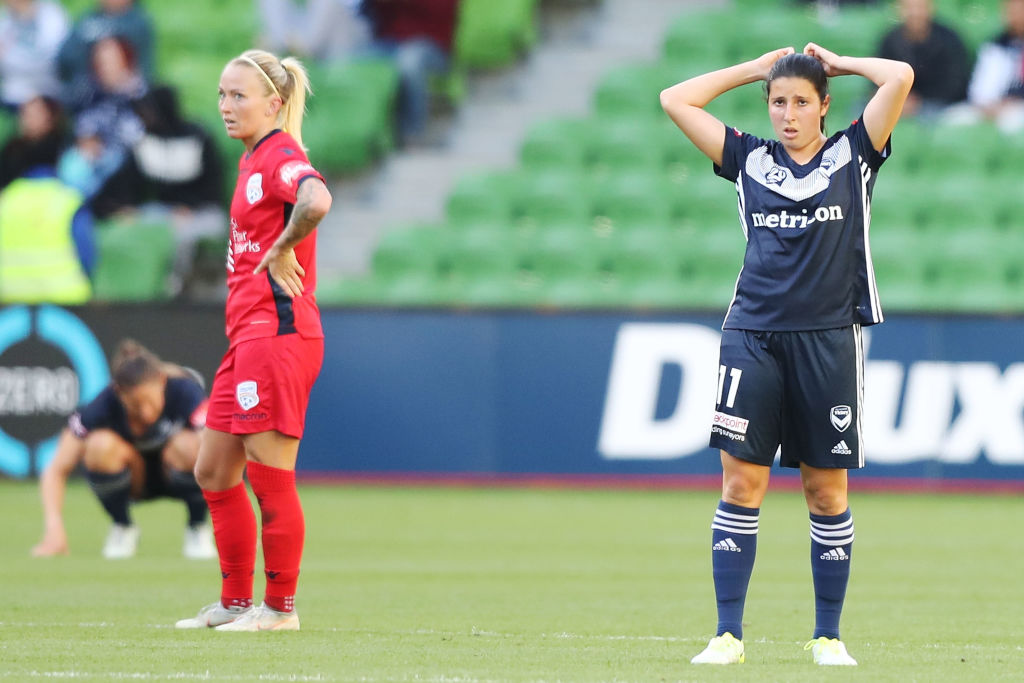 “I was really happy with the way Dani played,” he said.

“Casey Dumont has been injured, just came back from an injury so it was good to see her keep a clean sheet as well.

“As the season goes on, Christine Nairn will come more and more into the reckoning.”