Hyundai A-League action returns to Marvel Stadium on Saturday when Victory hosts City in Round 20.

Match day information
Allow plenty of time to arrive at Marvel Stadium, as security checks will take place on patrons prior to entry. Cars will also be subject to security checks at the car parks.

With a large crowd expected and to maximise capacity, Marvel Stadium will be in oval configuration.

Membership
Memberships will be available to purchase from the Gate 5 membership hub in the Victory Village from 5.00pm.

Merchandise
The 2018/19 adidas home jersey will be available to purchase at all merchandise outlets. There will be one merchandise outlet situated outside Gate 5 in the Victory Village, while there are plenty of outlets inside the stadium too.

Melbourne Victory’s Fantastic Four
The Fantastic Four competition is our way of recognising and rewarding member attendance throughout the season. This competition will run every three months with participation based on attendance throughout the season. So, make sure you attend every home game to increase the chances of being crowned one of Victory’s fantastic four. We have some great prizes this season, starting off with a free 2019/20 membership*. The member who finishes second will receive a signed ball and third place will receive a free ACL pass. Additionally, you will all go into the prize to win two Victory Medal tickets valued at over $400.

Victory Village
Our Victory Village will be up and running between 5.00pm and 7.30pm outside Gates 5 and 7 of Marvel Stadium with plenty of entertainment for the whole family pre-match. 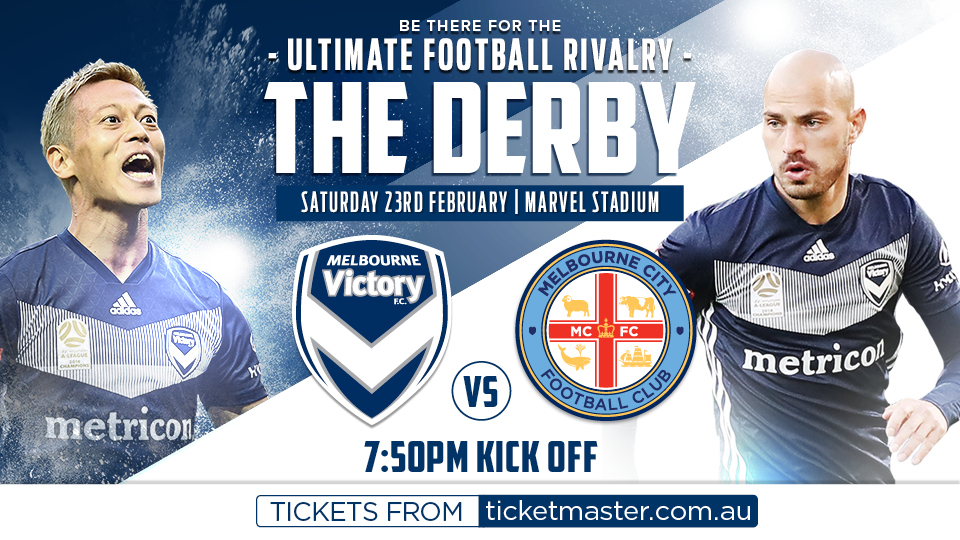