Matthieu Delpierre: It was a privilege to play for Victory

Melbourne Victory’s newest club champion Matthieu Delpierre says it has been a privilege playing at the club for the past two seasons.

The 35-year-old, who is retiring from professional football after the AFC Champions League Round of 16, finished his career in style by convincingly winning the 2015/16 Victory Medal.

Delpierre dedicated the award to Steve Ribarich, a Victory member he visited in hospital recently (below) who was paralysed by a freak wave at Gunnamatta Beach.

He was visibly emotional as he stood on stage at Palladium at Crown on Saturday night, paying special tribute to his Victory teammates.

“It was just a pleasure to play with you, to train with you every day, to fight with you on the weekend, and to kick you sometimes in training,” he said with a smile.

“It’s just a group of beautiful people and I will miss them. It was a privilege to play for this club.

“We still have two games to go to do more history, so let’s do it.”

Delpierre revealed he was tempted to play on for a third year at Victory, but eventually decided to hang up the boots, citing an ageing body and family reasons for eventually making the call.

“When I came to Melbourne I thought it was for one year. It was so good that I decided with my family to stay one year more,” he said.

“I thought, ‘then it’s finished’. But after I played so many games my body was feeling alright and it was difficult to stop.

“But when I wake up in the morning and go out of my bed it’s really hard, so I think it’s a good decision.

“It was a big decision for my daughter because she is starting school. She adapted so well here, but maybe for her future it’s better to go back.

“All the family enjoyed the time here and that’s why it was such a hard decision.”

Tickets for Victory’s ACL Round of 16 home game against Jeonbuk Hyundai Motors are available by clicking here. 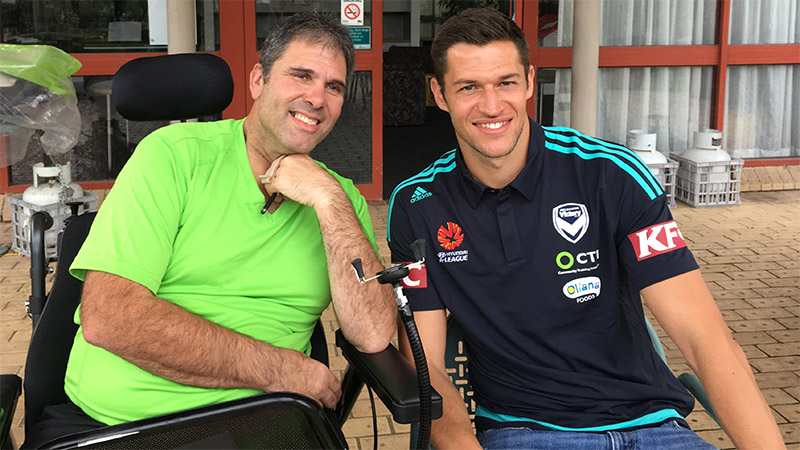