Muscat: We want to be challenging on all fronts

Melbourne Victory is preparing for action on all fronts, with campaigns at home and abroad coming quickly into view.

“I’m in the mindset of being in the ACL, having cup runs and being in a position where you’re competing for honours is not a burden,” Muscat said Friday.

“My mindset is [that position is] where everybody wants to be – and certainly where I want to be. To do that you need to focus on performance.

“When you narrow it down that’s where my mindset is. I’m looking forward to tomorrow night’s game, then the run into the [finals] and everything that comes with it.”

The Melbourne Victory boss knows it’s a challenging time, but despite the added midweek fixtures and travel believes his squad has the mentality and belief to make it’s mark, drawing inspiration from last weekend’s effort with 10 men against Melbourne City – but it’s one game at a time.

“When you’ve got a really strong will and a really good mentality things can be achieved. Yes, there were positives in the review, but there were things we need to look at and learn from.

“It’s important that we look forward. Every manager will stand here and say it’s about the next game – and it is.

“But we’ll pick a team that we think gives us the best chance of being successful against Newcastle first and foremost. All my focus and thinking is on tomorrow evening in Geelong.”

Muscat took time to provide an update on his squad, with Ola Toivonen and Elvis Kamsoba both undergoing treatment ahead of a pre-match assessment.

“There’s a chance [Ola could miss].

“He’s been a little ill over the last couple of days. We’ll monitor that with the doctors and make a decision, taking everything into consideration we’ll see where he’s at.

“Elvis felt a little bit of pain in his knee. He’s receiving scans and will be in the hands of the physios this afternoon.

“[Otherwise, last week] Keisuke gets another 60-70 minutes under his belt, Donachie comes on and plays 80-odd minutes.

“Throughout the campaign [our squad] hasn’t been settled by any stretch of the imagination, so to be in the position we’re in, not wavering on how we want to perform and play, I think they boys have done really well.” 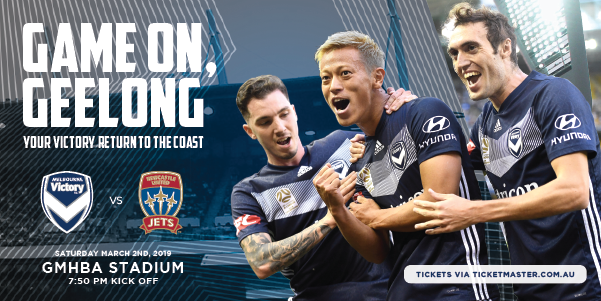