Carl Valeri reflected on his happy memories at Melbourne Victory after announcing his retirement.

The Victory captain, 34, said on Friday that the 2018/19 season would be his last after a successful career that included 52 appearances for the Caltex Socceroos.

Valeri, a two-time Championship winner and former Victory Medallist, spoke fondly about his five seasons at the club. 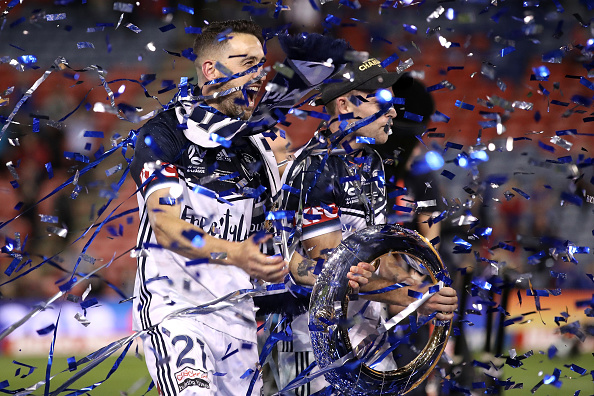 “I’m very fortunate that I reached my dream. I had a dream of playing in the World Cup and I think I’m one of the fortunate few to say I’ve achieved that and I was there,” he told a news conference.

“I can’t even remember holding up trophies, it’s the moments during the season, the tough times, the challenges that I’ve had, the times Leigh (Broxham) and I in our room talking about stuff, having a laugh.

Valeri – one of only 13 players to make 100 Hyundai A-League appearances for Victory – said he made his decision three weeks ago before informing his team-mates.

“I mentioned it to the boys last week and it was hard, it was really hard, because I really love this club and a lot of people say this club has got a family feel and it really does,” he said.

“I’ll take that with me for the rest of my life into the new chapter that I’ll begin with my family. That was a key determining factor – my family.”