Daegu FC has secured its spot in Group F of the 2019 AFC Champions League following a 5-1 aggregate win over Ulsan Hyundai in the 2018 Korean FA Cup final.

Daegu won the first leg 2-1 away from home and sealed the tie with a 3-0 win in front of its own supporters.

The Korean side will feature in Group F, alongside Melbourne Victory and Chinese powerhouse Guangzhou Evergrande.

The fourth and final team in the group will be decided by a play-off involving Sanfrecce Hiroshima and one of Chiangrai United, Yangon United and Ceres-Negros. 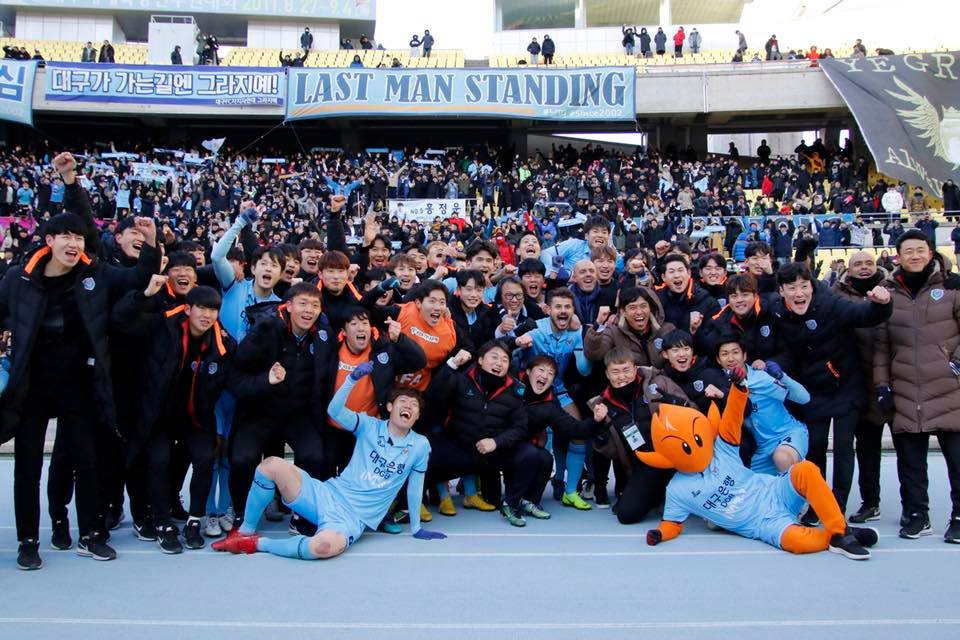