Melbourne Victory suffered a 3-1 loss to a Sam Kerr-inspired Perth Glory in the Westfield W-League on Sunday.

Natasha Dowie had headed Victory into a second-half lead at nib Stadium, but Perth responded.

Victory had its moments throughout the first half, with teenager Kyra Cooney-Cross particularly lively.

The visitors threatened from crosses early and defender Laura Alleway put an acrobatic effort over the bar.

Perth went close in the 25th minute, Victory goalkeeper Casey Dumont making a low save and Melina Ayres a huge block as Raquel Rodriguez blazed over.

The back end of the half was dominated by Victory as Dowie and Jeon Ga-eul went close and Cooney-Cross forced Melissa Maizels into a save.

Glory almost opened the scoring shortly after the break as Kerr headed a Hill cross onto the post.

However, Victory took the lead in the 52nd minute, Dowie bravely heading in the opener after an Ayres cross from the right, finishing off a fine team move. 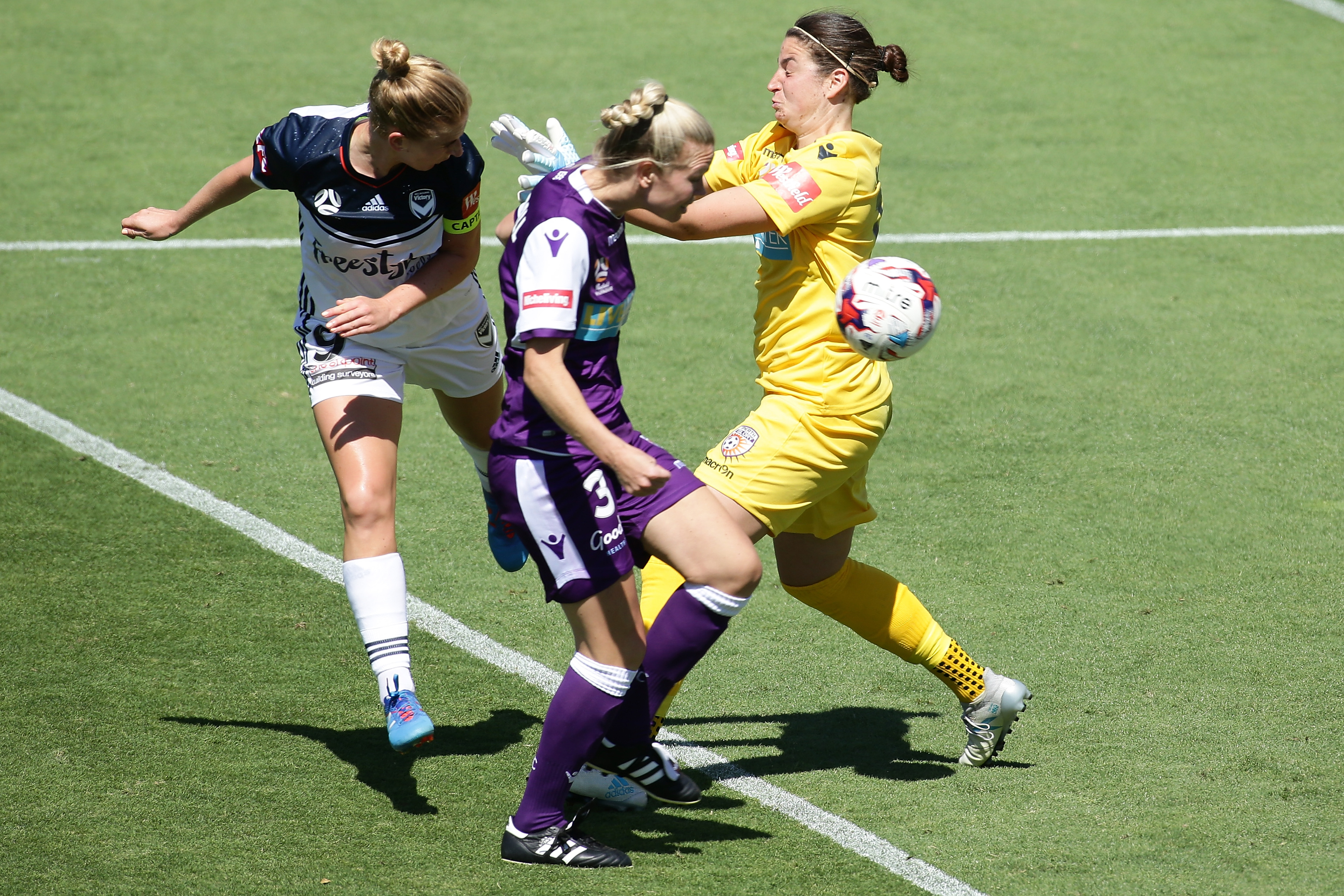 But Perth responded almost immediately through Hill, who managed to equalise despite the best efforts of Gulcan Koca on the line.

Just 11 minutes later and Glory went ahead, Kerr rounding Dumont to give the hosts the lead.

After the impressive Christina Gibbons came off injured for Victory, Kerr sealed Glory’s win after getting on the end of a clearance.

Victory is back at home in Round 5, hosting the Western Sydney Wanderers at Lakeside Stadium on Friday, November 24.