Prior to the 2016 AFC Champions League, Melbourne Victory made no secret about its ambition to make a serious impact in Asia’s premier club competition.

Having not progressed through the group stage in four previous attempts, Victory had the perfect chance to get the ball rolling when it hosted Chinese powerhouse Shanghai SIPG on Match Day 1.

Head coach Kevin Muscat made a selection shock by starting mid-season recruit Jai Ingham on the pitch and his decision was handsomely rewarded after 31 minutes.

Ingham latched on to a through ball from Oliver Bozanic, cut back to the right in the penalty area and finished brilliantly to put Victory in front.

Shanghai star Wu Lei levelled proceedings early in the second half, before Kosta Barbarouses won a penalty with less than 20 minutes to go.

It was expertly taken by Besart Berisha, and Victory collected three points that ultimately proved vital to reaching the Round of 16 for the first time. 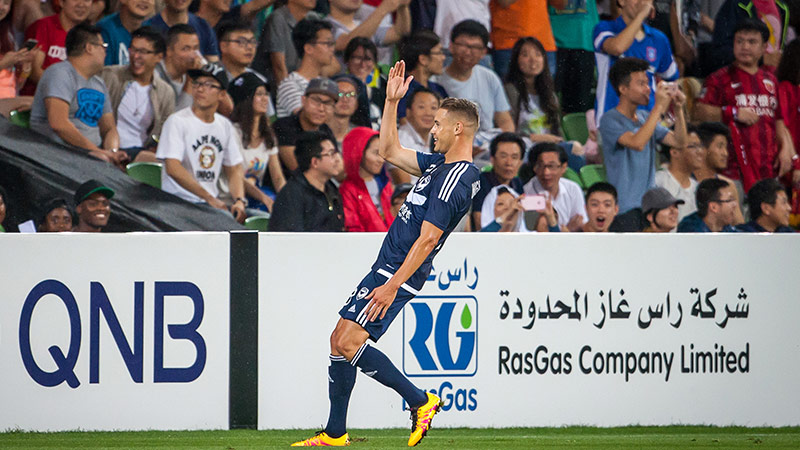 What Kevin Muscat said: “We have got to the point where people have had opportunities and this was Jai’s opportunity.

“I felt with pace on both sides, we’d be able to cause some problems.

“It was a very good finish. He (Ingham) played his part tonight and he set us up to be able to press very aggressively.”