Serious questions were being asked of Melbourne Victory’s Championship defence heading into its Round 15 clash with Brisbane Roar at AAMI Park.

With just one win in six matches leading into the match against a rampant Roar, Victory desperately needed to turn its fortunes around.

And it did so with a magnificent first-half performance, blasting three goals past the Hyundai A-League leaders, courtesy of an early strike from Fahid Ben Khalfallah and a double from Kosta Barbarouses.

For good measure, Besart Berisha added a fourth shortly after half-time as Victory awoke from its mid-season slumber.

The game was also memorable for the debut performance of Stefan Nigro, who started at right-back and got the better of his duel with Thomas Broich.

To top it all off, world No.1 Novak Djokovic was interviewed on the pitch at half-time, while celebrity chef Nigella Lawson watched on from the stands. 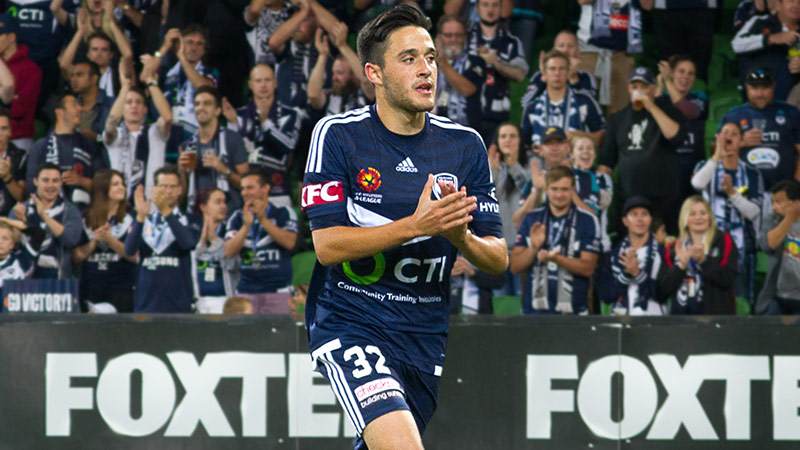 “I’m pleased for the group. I know what the group’s capable of. Our attitude was spot on. Our application to adhere to a structure and some tactics was superb.

“That’s the type of performance, when we combine all those things, that we can produce.”