Not for the first time in the Hyundai A-League 2015/16 season, Melbourne Victory responded to intense criticism by securing a crucial three points.

Victory, thrashed 5-0 by Brisbane Roar and held to a 1-1 draw by 10-man Newcastle in its previous two outings, came up against Western Sydney Wanderers on Good Friday.

Lawrence Thomas, making his second Hyundai A-League appearance of the season, was instrumental as Victory kept a clean sheet, while Oliver Bozanic thrived in a more advanced midfield role.

Bozanic opened the scoring in the third minute, and made it a brace in the second half with a clever finish in heavy traffic.

The win relieved pressure for Victory by virtually securing its position in the top six ahead of the 2016 Finals Series. 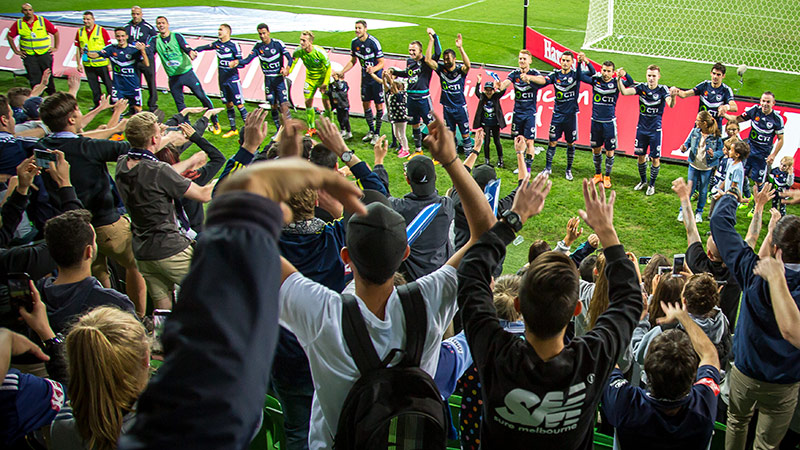 What Kevin Muscat said: “I want to pay credit to the group because it’s been a tough week, and when you’re involved in this industry you’ve got to take the good with the bad.

“But the last week’s been pretty ordinary. The criticism was coming thick and fast, and the majority of it was warranted.

“So to react like that, I thought it was an outstanding performance and a reminder to ourselves of what we’re capable of if we apply ourselves.

“We were good value for the three points tonight and the mental strength to perform at that level.”