If Carl Valeri takes to AAMI Park on Friday night he’ll do so for the 100th time in Hyundai A-League competition, becoming just the twelfth Melbourne Victory man to do so.

It’s a milestone that makes the skipper pause and reflect.

“To be honest, numbers [personal milestones] have never been a thing of mine. The only numbers I care about are points at the end of the season – and the family budget,” Valeri said on Monday, perhaps with half an eye on Christmas.

“To play my 100th league match at Melbourne Victory, thinking about my time here, it’s very special to me. Not many players have done it and the Club is very important to me.

“Not just because of the success we’ve had – we’ve had a lot of success here and I love celebrating things with this Club – but the moment where things we’re going so well for me personally, the Club really held my hand and was by my side at a tough time.

“I was tipped not to [return]. My neurologist still to this day says he doesn’t know how I’m playing.

“You get a bit emotional because you start remembering the feelings I had at the time and how important everyone was.

“Its those moments that I look back on and hope to be a part of Victory for life.”

When asked if more milestones are on the horizon Valeri smiles.

“My focus, my energy – all my energy is focused on tomorrow’s training session.

The veteran started the season knowing full well that time waits for no one and the end of the road is closer than the start, but that his role in the team is as important as ever.

The soon-to-be centurion was always prepared to fight for his place.

“Personally, I can only judge myself on how good the team is going. The team’s doing well and we’re getting results.

“At the start of the season I [knew I had to] fight for a position. There was no doubting that. Competition is important in a team that wants to win.

“Leigh Broxham pushes me, me pushing Raul [Baena], Keisuke pushing Leigh… that all adds value to the team because all of a sudden you’re training at a higher intensity.

“I was willing to be that healthy competition, I knew what I signed up for and was happy to embrace that challenge – and that’s been part of our success.”

Having started Melbourne Victory’s Round 1 Derby amongst the substitutes Valeri has featured in the each of the following 8 matches, starting 7 of them and is enjoying a run of good form talk has turned to contracts.

“You’ll have to talk to Kevin about that!

“You get to a certain age or point in your career where that’s not important. I’m a pretty boring professional, I’m focused on the next training session and the next game.

“I know the relationship I have with this Club and what we’ve been through together, we’ll be honest with each other and be able to have that conversation as friends.” 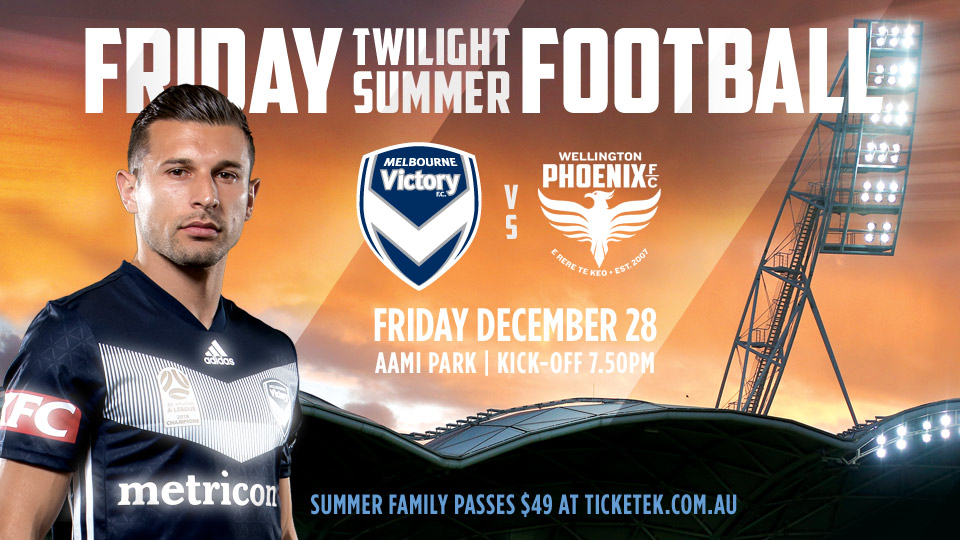