Melbourne Victory has retained a core of the squad which claimed the A-League Women Championship as preparations continue for the 2021/22 season.

A large contingent of Victory’s stars are returning ahead of a bid to win back-to-back titles following the memorable previous campaign.

We look at Jeff Hopkins’ squad so far as the build-up continues to the start of the season.

Casey Dumont
After missing last season due to an Achilles injury, Dumont is back for Victory. The goalkeeper, who helped Victory win the Premiership in 2018/19, is back aiming to add to her 37 A-League Women appearances for the Club.

Kayla Morrison
The defender was superb in her maiden A-League Women campaign, helping Victory win the Championship after forming a stellar partnership with Claudia Bunge at the heart of the defence. Morrison was crowned the Victory Medallist at season’s end. 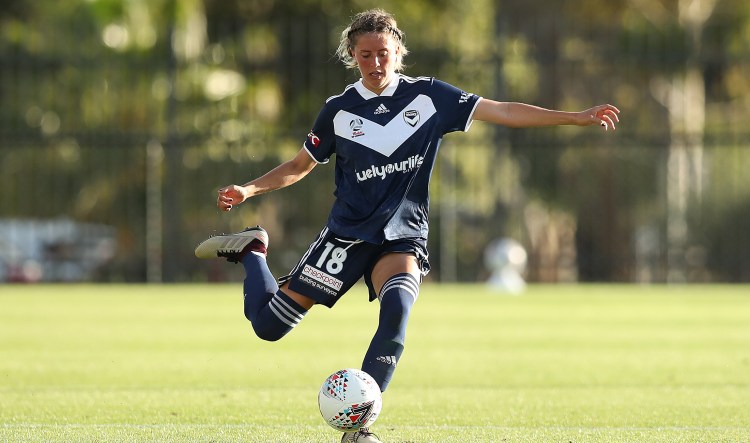 Claudia Bunge
The reliable New Zealand international played a key role alongside Morrison as Victory continually made it hard for opposition teams to score last season. It was also her first A-League Women campaign and the 21-year-old adapted seamlessly, while also chipping in with two goals. 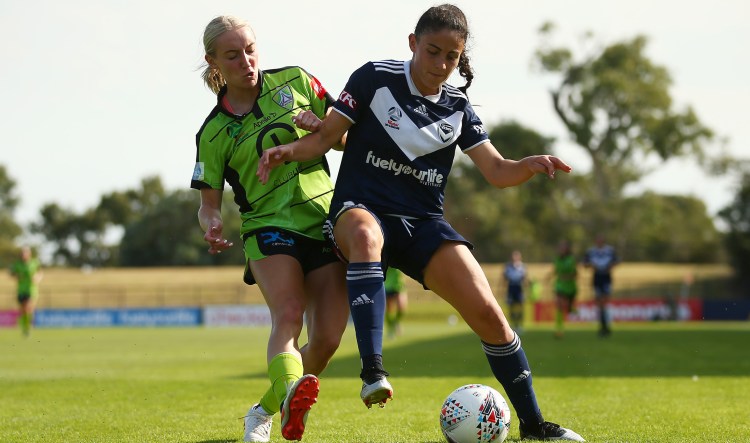 Polly Doran
Used to playing in more advanced positions, Doran made right-back her own at Victory in 2020/21. The 19-year-old grew as the season went on and became a vital piece of Victory’s defence, her development highlighted by a fine Grand Final performance.

Courtney Nevin
The arrival of another Commonwealth Bank Matilda is a boost for Victory after the signing of Nevin. The 19-year-old defender has been capped twice by Australia this year after playing 28 games across three seasons with the Western Sydney Wanderers.

Amy Jackson
The Club’s appearance record-holder in the A-League Women, Jackson again settled into a midfield role last season, her consistency and durability particularly crucial after Natalie Tathem’s unfortunate knee injury in the opening round of the campaign. Jackson has played 116 A-League Women games, including 73 for Victory. 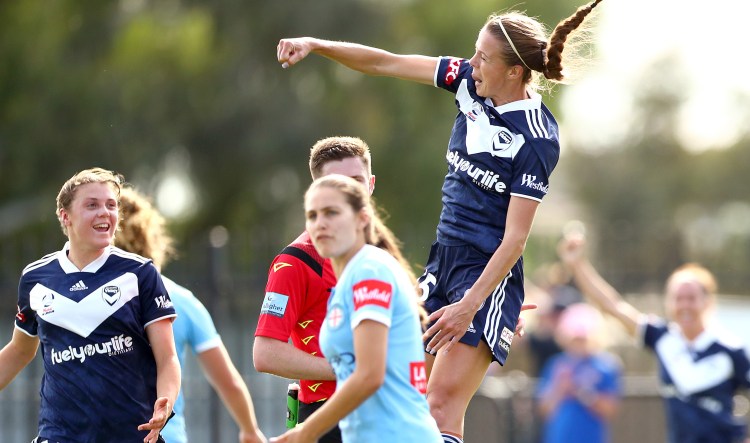 MelindaJ Barbieri
The midfielder brought up 50 A-League Women appearances for Victory last season and at just 21, has a bright future ahead of her. Barbieri can play both centrally and out wide and she produced a stunning free-kick during a Melbourne Derby last season.

Alana Murphy
Murphy became the first player to graduate from the Club’s Elite Girls Program into the senior squad when the midfielder signed earlier this year. A technically strong and smart player, Murphy will be aiming to make her Victory debut in 2021/22.

Kyra Cooney-Cross
Cooney-Cross took her game to another level last season, finishing 2020/21 with six goals and four assists in 14 appearances. The 19-year-old attacking midfielder scored directly from a corner in the final minute of extra-time for the Grand Final winner against Sydney FC. 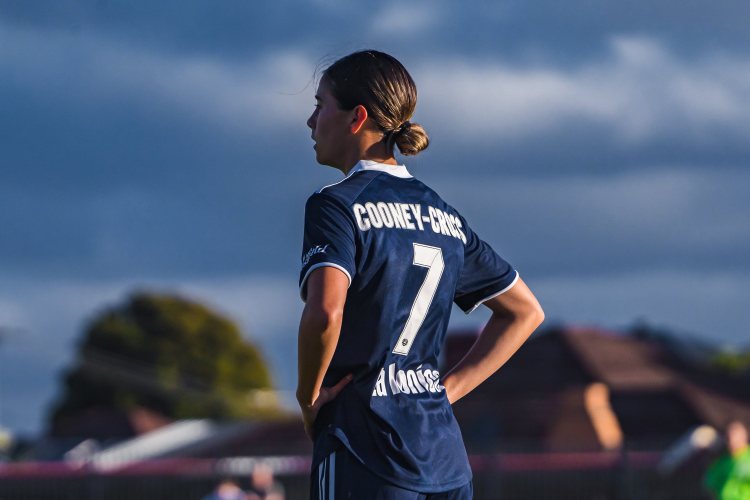 Tiffany Eliadis
Eliadis, 25, returned to Victory last season. She was a regular off the bench, making 10 appearances as a substitute. The midfielder has featured 31 times in total in Victory colours.

Paige Zois
The 17-year-old Zois made her A-League Women debut when she appeared off the bench against Brisbane Roar in January. The midfielder has previously represented Australia at youth level and is considered one of Victoria’s brightest young talents.

Emma Robers
Robers made her A-League Women debut as part of Victory’s squad in 2019/20. The 23-year-old has recovered from an anterior cruciate ligament (ACL) that derailed her 2020/21 season.

Melina Ayres
Another player who stepped up last season, Ayres claimed Victory’s Golden Boot with eight goals. Part of that haul included a memorable hat-trick in a stunning 6-2 Semi Final thrashing of the Roar in Brisbane. Ayres has scored 14 Victory goals in total, second only to Natasha Dowie (34). 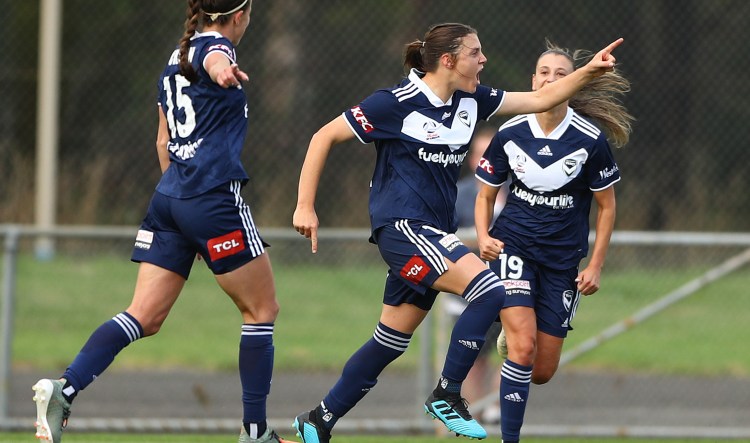 Catherine Zimmerman
Zimmerman starred in her first A-League Women season, scoring six goals in 12 games. The forward was a constant threat to opposition defences and showed her clinical finishing ability, while her speed and directness were also weapons for Victory. 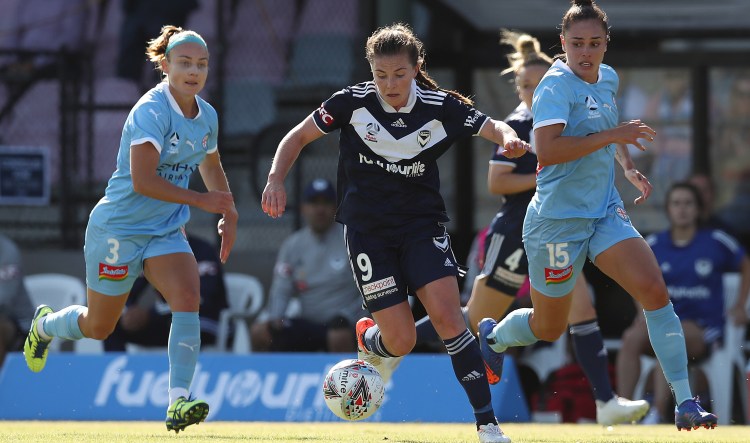 Lia Privitelli
A constant at Victory since 2016, Privitelli has amassed 50 appearances for the Club – the ninth most. The quick attacker has also shown herself to be versatile, often helping Victory close out tight wins.

Maja Markovski
Another member of Victory’s Championship-winning squad, Markovski made five appearances off the bench last term, showing her potential in glimpses. The 19-year-old will look to continue growing in 2021/22.