Juventus has arrived in Melbourne ahead of the Italian club’s match against Melbourne Victory on Saturday night.

The journey to Australia lasted over 24 hours, with Juventus flying from Milan via Hong Kong.

The Bianconeri will face Victory in the opening game of the 2016 International Champions Cup Australia at the MCG.

Juventus then plays English side Tottenham Hotspur on Tuesday, July 26, also at the MCG, before its pre-season tour continues with a match against South China in Hong Kong.

Meanwhile, Sime Vrsaljko (pictured below) has officially been unveiled as an Atletico Madrid player.

The Croatian defender, who signed a five-year deal with Atletico earlier this month, joins the Spanish club from Serie A side Sassuolo.

“I think it is a big step in my football career and also a great responsibility for me,” Vrsaljko said. “I’m sure I will greatly improve as a player.

“I’m very happy to be here and I’m very much looking forward to start training and playing.”

Atletico, Juventus and Tottenham Hotspur are heading to Melbourne for the 2016 International Champions Cup Australia, presented by Audi.

Tickets for Victory’s game against Juventus are available here. 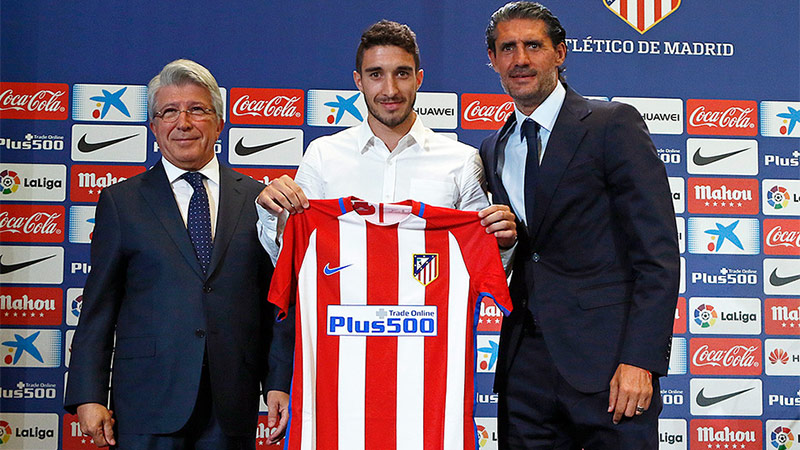