The second round started with 16 of our best long-range bombs, magic moments and last-minute winners as Victory fans were given the opportunity to decide which goals would progress.

Marco Rojas' magic against @LeighBroxham's Grand Final glory! Which goal goes through to the next round? #MVFC pic.twitter.com/rOZpqZDOgB

In a match-up that went down to the wire, Andrew Nabbout’s stunning winner against Adelaide from the current season edged out Leroy George’s 2017/18 free kick against the same opposition by just FOUR votes. Andy easily won on Twitter, while Leroy came out on top on Facebook, so it came down to the Instagram Story vote to decide who would progress. Nabbout’s goal won on Instagram by only 21 votes to go into the Quarter Finals with the smallest margin of any fixture so far.

Most voted on fixtures

The following three fixture attracted the most votes:

While there wasn’t any upsets as big as James Robinson’s 2007 Semi Final header bowing out in the first round, a couple of outstanding goals were eliminated in the second round. Most notably, Archie Thompson’s Melbourne Derby winner from the 2012/13 season was one we expected to see in the latter stages of the competition, but Victory fans love a Carlos Hernandez rocket so his strike against Central Coast from the 2011/12 season proved too popular.

The second round of our Greatest Goal vote kicks off with a cracking match-up! Who are you going with? #MVFC pic.twitter.com/KjwAtIg9xO

Quarter Finals voting starts at 10am on Saturday, June 20. 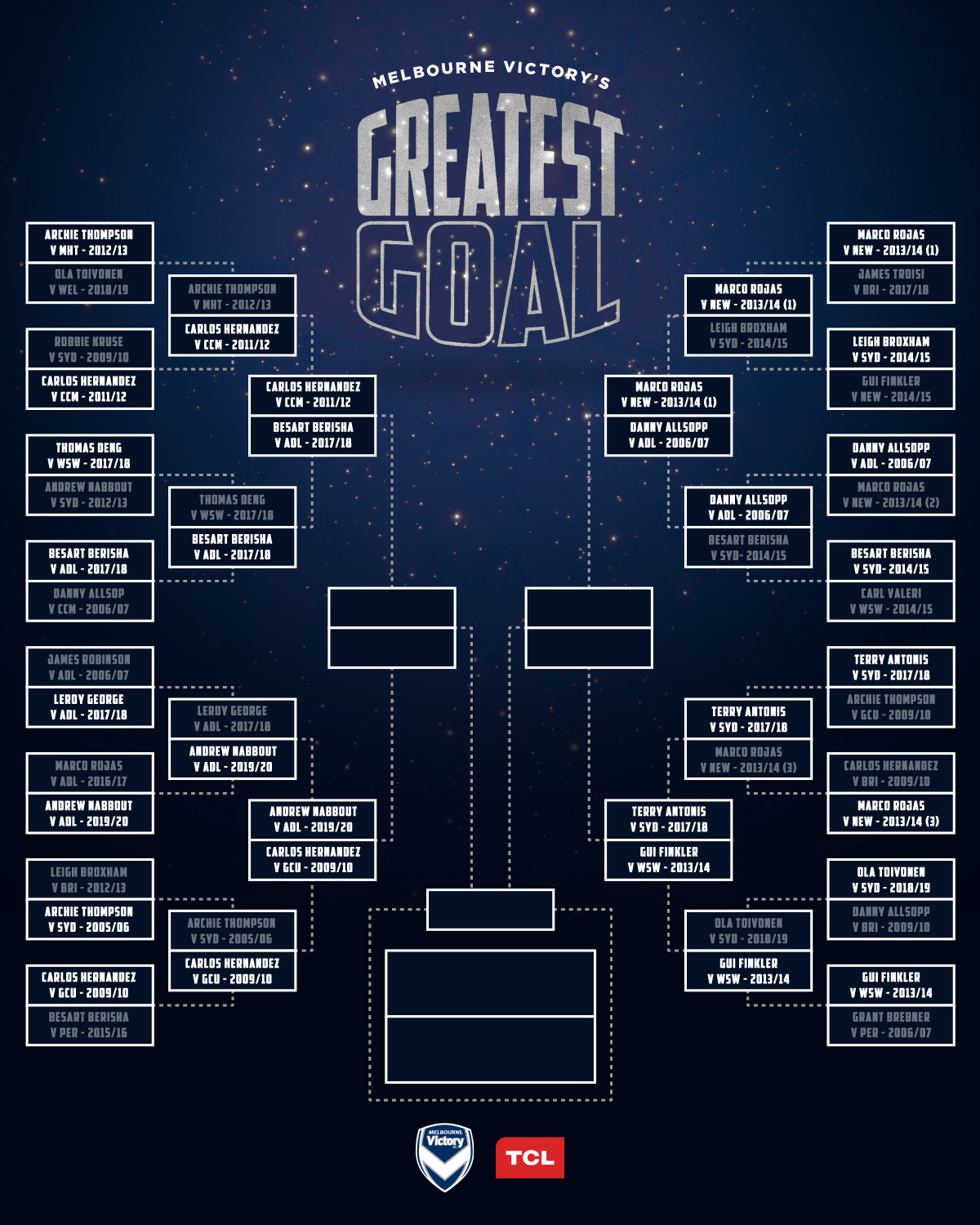