32 of our best long-range bombs, magic moments and last-minute winners went head-to-head on our social media channels, here’s how it went down…

It was no real shock that Terry Antonis’ Semi-Final winner against Sydney FC in 2018 was the biggest first round winner. Going up against an Archie Thompson strike against Gold Coast in 2009, Antonis’ goal attracted 4,103 out of 4,776 votes to cruise into the second round.

Leigh Broxham’s 2015 Grand Final goal narrowly edged out Gui Finkler’s free kick against Newcastle from the same season by just 38 votes. Gui comfortably won the Instagram vote, but Facebook and Twitter went with Brox and it ended being JUST enough to get him over the line.

.@LeighBroxham's 2015 Grand Final goal or @Guifinkler's free kick against the Jets? You decide in our Greatest Goal vote #MVFC pic.twitter.com/Pwf3V3JxXx

Most voted on fixtures

The following three fixture attracted the most votes:

This is a tough one! Carlos Hernandez and Marco Rojas with two great hits, which one are you going with? #MVFC pic.twitter.com/ODbLS248kA

James Robinson’s last-minute Semi-Final winner against Adelaide in 2007 was expected to go deep in the competition, but in a shock result, Leroy George’s free kick against Adelaide in the 2017/18 season won the first round vote. Robbo’s header won the Twitter vote, but fell short on Facebook and Twitter to bow out at the first hurdle.

The second round of voting starts at 10am on Thursday, June 11. 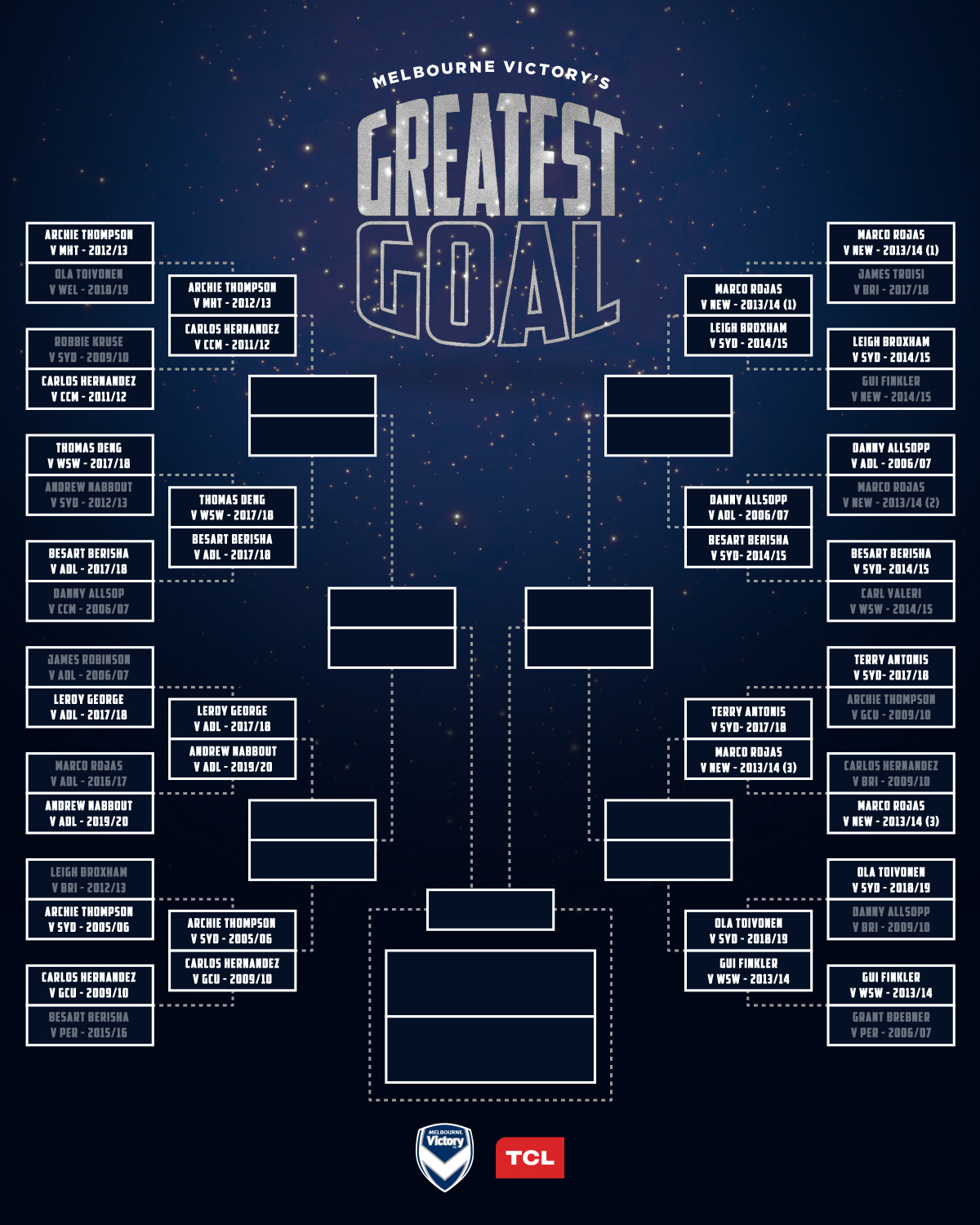