Melbourne Victory head coach Jeff Hopkins was pleased with his side’s second-half response in a 0-0 draw with Brisbane Roar on Sunday.

Victory started its Westfield W-League season with the goalless draw at a windy CB Smith Reserve, where both teams had their best chances late on.

Brisbane enjoyed the better of the first half before Victory edged the second, with Annalie Longo firing over the host’s best opportunity.

Hopkins was happy with the way his team responded following a tough opening 45 minutes.

“We kind of underestimated the effect that the wind would have on the game,” he said.

“Obviously Roar are a good side and they really locked us in in the first half and we most probably didn’t help ourselves, we caused ourselves a few problems by trying to play in the wrong areas.

“First half, we were definitely under par as well, we didn’t start the game and play the way that we had planned to, for a number of reasons. What was really pleasing was the way that we spoke about things at half-time, we didn’t panic and we came out in the second half and we were much better second half. We used the wind to our advantage and created a lot of chances.

“I think we probably shaded it second half and I think they were on top in the first half as well.” 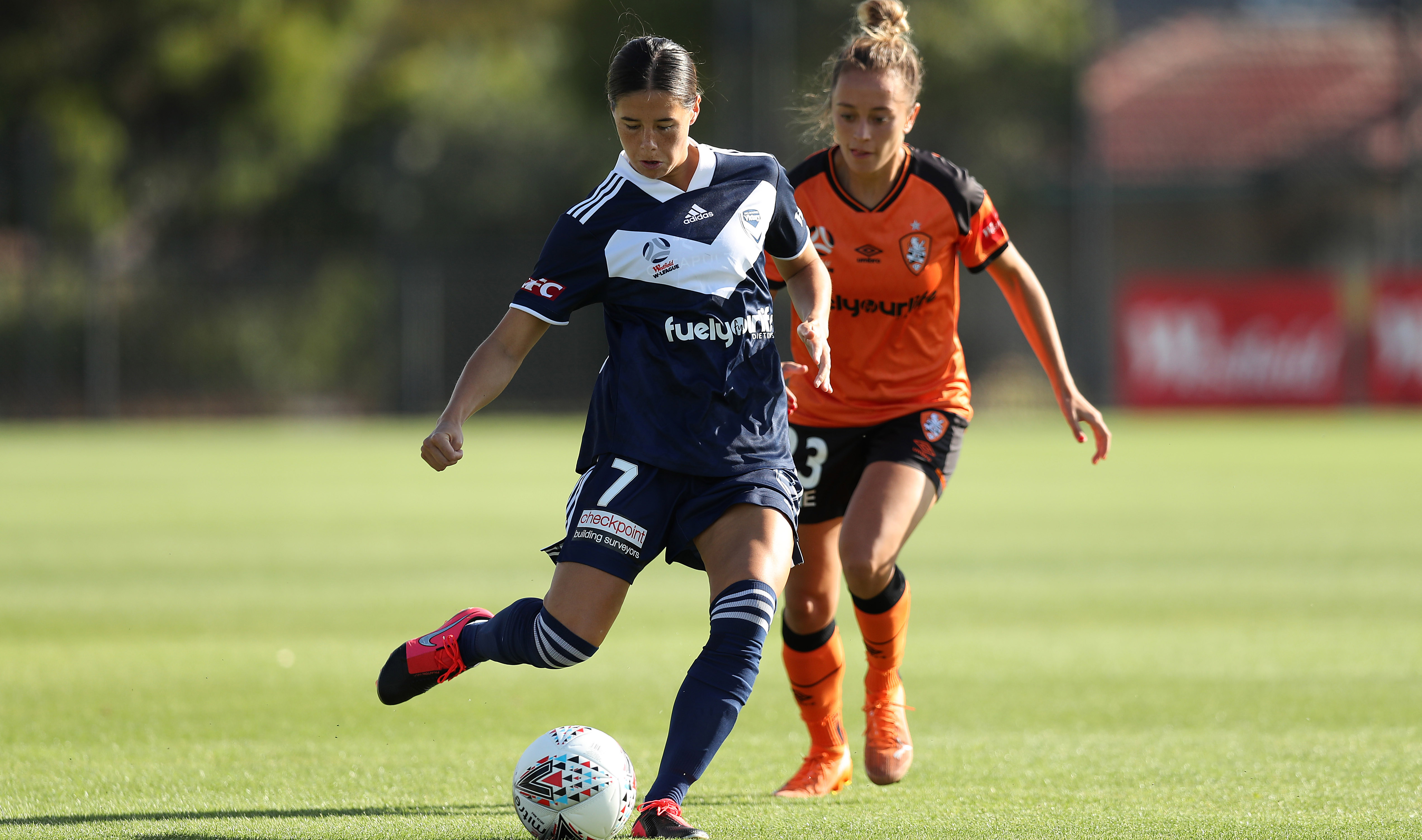 Victory goalkeeper Gaby Garton, one of five players making their debuts for the club, produced a great late save to deny Emily Gielnik.

But it was Victory on top for most of the second half, although it was unable to find a winner.

“The way we rolled our sleeves up and stayed in the game when we were under the pump, they created a few chances in the first half but we never really gave them clear-cut, simple chances, we made everything hard for them so if they were going to score, they really had to take the chance and do really well,” Hopkins added.

“That was really pleasing for me. That’s the first game out the way now, we’ve come away with a point and we can really build on that I think.”

After coming off injured in the first half, Natalie Tathem will undergo a scan on Monday.