Veronica Latsko’s first-half goal at Epping Stadium was all that separated the teams on Saturday.

But Victory fought hard in the second half, piling on the pressure without being able to find an equaliser.

Hopkins praised the way his team fought after the break, with Amy Jackson and Melina Ayres going closest to scoring.

“It was a disappointing first half in terms of the way we attacked the game,” he said.

“We didn’t really play the way that we talked about playing before the game, we played into their hands a little bit, played too much in front of them, allowed them to press and win the ball.

“But really proud of the way the players reacted in the second half. I don’t think there was really much more we could’ve done, apart from just applied a little bit more quality in our final pass or our finish.

“I thought we did everything we could and we gave everything we had in the second half and sometimes you’ve just got to put your hands up and say well done to Sydney. I thought they defended well, they changed one or two things around, played a little bit more direct and it paid dividends for them.” 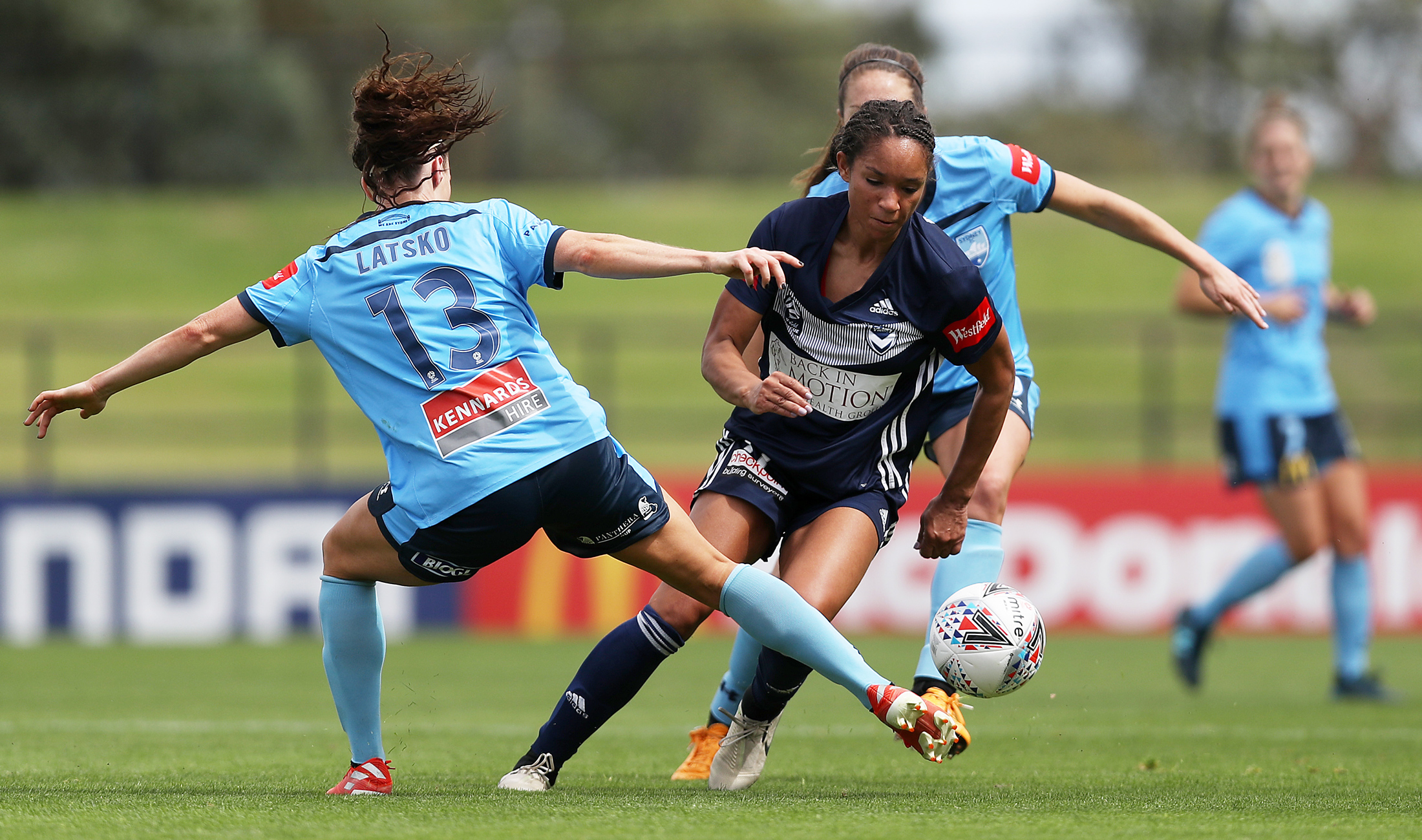 It marked a second straight Semi-Final loss for Victory, which finished the regular season in second on the table.

Hopkins said there was plenty for Victory to take from a campaign during which it switched to a back three to turn its season around.

“I think it’s definitely a different season to last year. We didn’t start the season particularly well,” he said.

“We made changes to the formation, to the playing style and I think it’s been a real value to the players and to the staff as well.

“We’ve gone through that process of change and we’ve got gradually better week in, week out. In terms of changing the way we’ve played and changing the formation and maybe the education of our players and our staff we’ve got a fair bit out of it.

“But it still doesn’t take away the disappointment of that game because I still think we really were good enough to win the game today and on another day we would’ve done. The players have gone away very disappointed as well and I feel for them because second half the effort they put in and they didn’t give up, they didn’t get overwhelmed, they came in at half-time, regrouped and really had a good go.”