Melbourne Victory will open its Hyundai A-League 2016/17 season with a blockbuster game against the same team that eliminated it from the 2016 Finals Series.

Victory will face Brisbane Roar in Round 1 of the new campaign on Friday, October 7 at Suncorp Stadium.

The club will also play a home game at Geelong’s Simonds Stadium, against Newcastle Jets on Monday, January 2.

Victory’s first home match of the season will be a Melbourne Derby in Round 2 at Etihad Stadium on Saturday, October 15.

A crunch game away to Adelaide United will follow in Round 3, before Victory returns to Etihad Stadium for its annual Melbourne Cup eve clash with Wellington Phoenix.

Victory’s first AAMI Park home game will be against Newcastle on Saturday, November 26, though that date is subject the change should either team qualify for the Westfield FFA Cup Final.

Away from home, Victory will play twice against Western Sydney Wanderers at ANZ Stadium (in Rounds 10 and 26), the only venue it has never visited before. 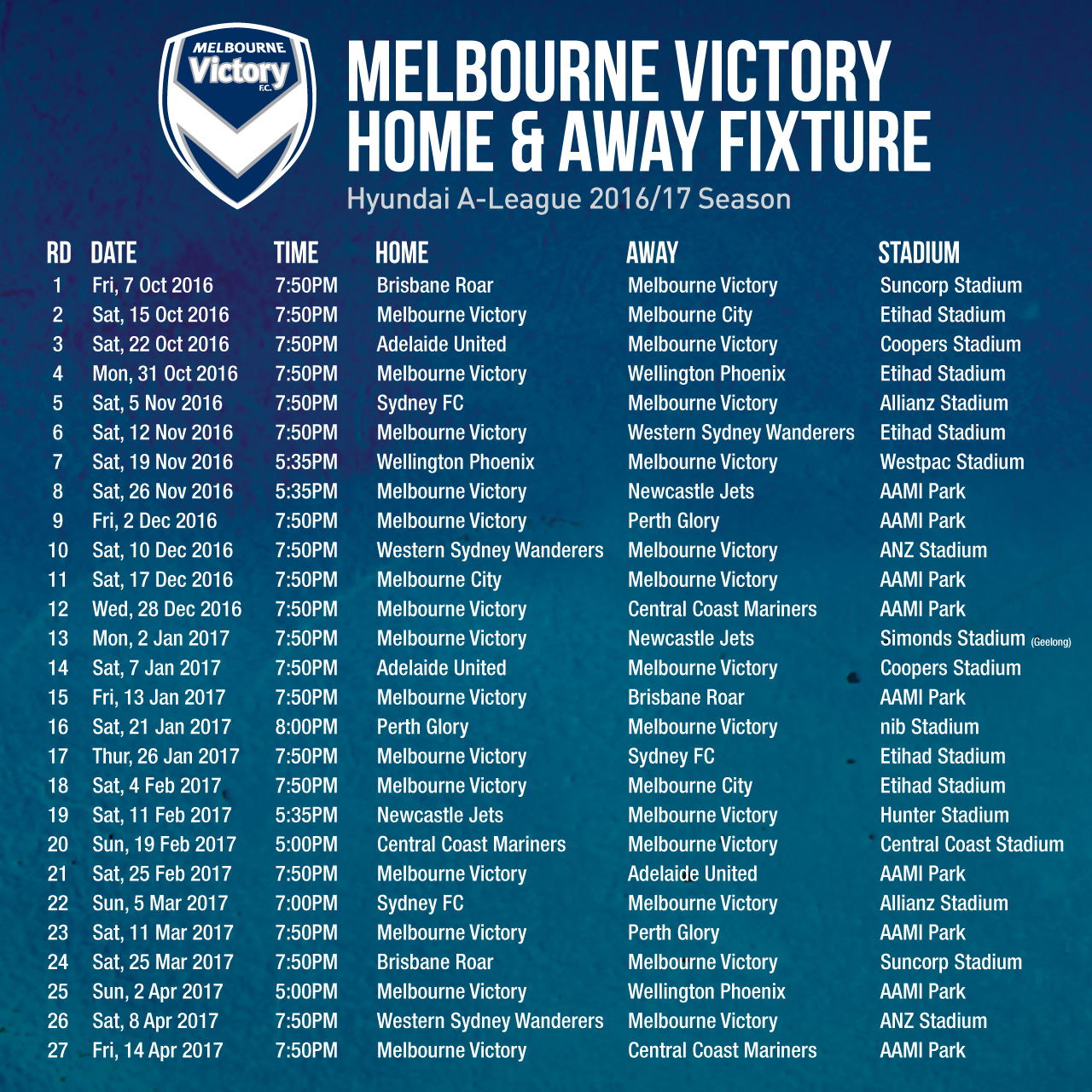