Having endured his fair share to get where he is today, Daniel Georgievski has proven he is no stranger when it comes to hard work.

His ability to fulfil many roles in the defensive half of the pitch has seen him become a key player at Melbourne Victory, and a crowd favourite at both home and away matches.

Georgievski grew up in western Sydney with his mum Marika, dad Kosta and older brother Stojan in Blacktown.

It was there that his parents began to rebuild their lives after moving from Macedonia to Australia.

Their bravery in making such a life-changing move is something he looks up to.

“My parents are my biggest inspiration because they came across to Australia when my brother was young, without anything here in this country,” Georgievski says.

“And from nothing they managed to build something good and are doing quite well for themselves. It takes a lot of courage to do something like that.”

Growing up, Georgievski wasn’t the only talented one in his family. While in Macedonia, his father was a sprinter – a skill Stojan inherited and later used when he started playing football in Australia.

“My brother was talented, I always say that. He got my dad’s sprinting legs and was left-footed, which is naturally gifted as it is,” Georgievski said.

“But I think life took over as he got older and he didn’t have the mentality for it anymore. Football is more than just talent, you must have the drive for it as well.” 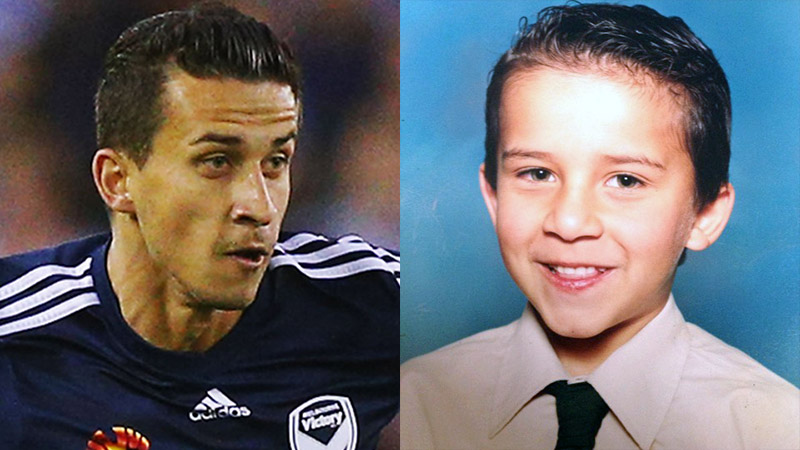 After high school, Georgievski started a marketing course at a local college to learn the skills involved in working at his father’s company.

It was towards the end of that course that his career path changed, altering his future.

“I was in college finishing my course and with a couple of months left I got an offer to play football instead, so I had to make a decision,” he said.

“I thought, ‘I can always go back to studying’, so I figured I might as well give football a go and here I am now.”

When asked about his biggest achievement to this date, Georgievski highlights the feeling of making his family proud and seeing their smiling faces when he’s on the pitch.

“Making my family proud of me, I think that’s an achievement on its own,” Georgievski says.

“I won trophies while playing overseas, which was amazing, but you don’t get to share them with anyone because they’re not in the moment with you.

“Last year I had my family come down from Sydney for the Grand Final and it was amazing to see them in the crowd and bring my nephew onto the field afterwards.”

Favourite meal: A meat pie. They used to give us two before school. We ate meat pies for breakfast – they were the best.

Favourite cartoon: I have to say Popeye. I hated spinach until I saw Popeye eating it.

Favourite movie and TV show: My favourite TV show is Entourage and movie would be American Gangster. Denzel Washington is the man.

Secret talent: I can make shapes using my tongue. When I was younger, I used to pretend that I was a Power Ranger. One time I fell and I had to get stitches – since then I can make weird shapes with my tongue.

Favourite place on earth: Home. Best place in the world is home, it will always be where you grew up and where you like to go back to.

Favourite music: I like slower RnB. My favourites would have to be Ne-Yo’s Because of You and Omarion’s Leave You Alone. Anything to do with Ne-Yo is great.

Ideal dinner party guest: I’d have my grandfather. I was really close to him, so it would be nice to have dinner with him again.