Kevin Muscat wants to see Melbourne Victory put on a show for a huge contingent of travelling fans when it visits Adelaide United on Good Friday.

Victory supporters are again set to travel in big numbers for the clash at Coopers Stadium as the club continues its push to finish second in the Hyundai A-League.

Muscat said there was always some added excitement for the meeting between the two rivals.

“They’re competing for something. They’re desperate for a home final, especially after last year – first final was away, it was here obviously,” he said on Thursday.

“They’ll be desperate, they’ve been desperate against us in their games, acknowledge that somehow they maybe leave a little bit in the tank for when they play us, they certainly lift.

“The games are exciting, I can’t remember a dull game against them, there’s always action, the excitement levels, Coopers is a wonderful stadium for that.

“We’ve got a big travelling contingent of fans coming across, both bays sold out, so it all leads to something exciting.

“Now, it’s up to us to go and entertain and have a real go at each other and play a good game of football.” 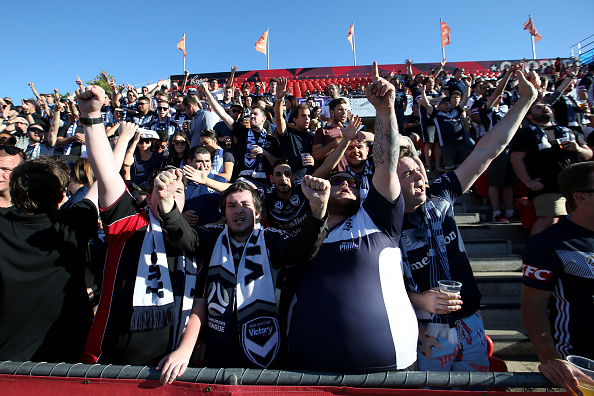 While second spot is still up for grabs and Victory is facing a busy end to the season with the AFC Champions League ongoing, Muscat said his focus was on improved performances.

“Naturally, you want to finish as high as you can,” he said.

“With our schedule, would the weekend off be good? I’m not going to deny that.”