Valeri, 34, announced on Friday he was retiring after the 2018/19 season, having enjoyed a decorated career that included 52 appearances for the Caltex Socceroos.

Muscat, head coach when Valeri arrived at Victory in 2014, lauded what the skipper had brought to the club.

“Carl’s contribution cannot be underestimated at the football club,” he told a news conference.

“All I can hear is selfless talk and selfless discussions and that epitomises the person that he is. Everything that he does is for the team first and foremost and for him to contribute the way he has over five seasons at the football club as I said shouldn’t be underestimated, absolutely first class on the field and way better than that off the field. 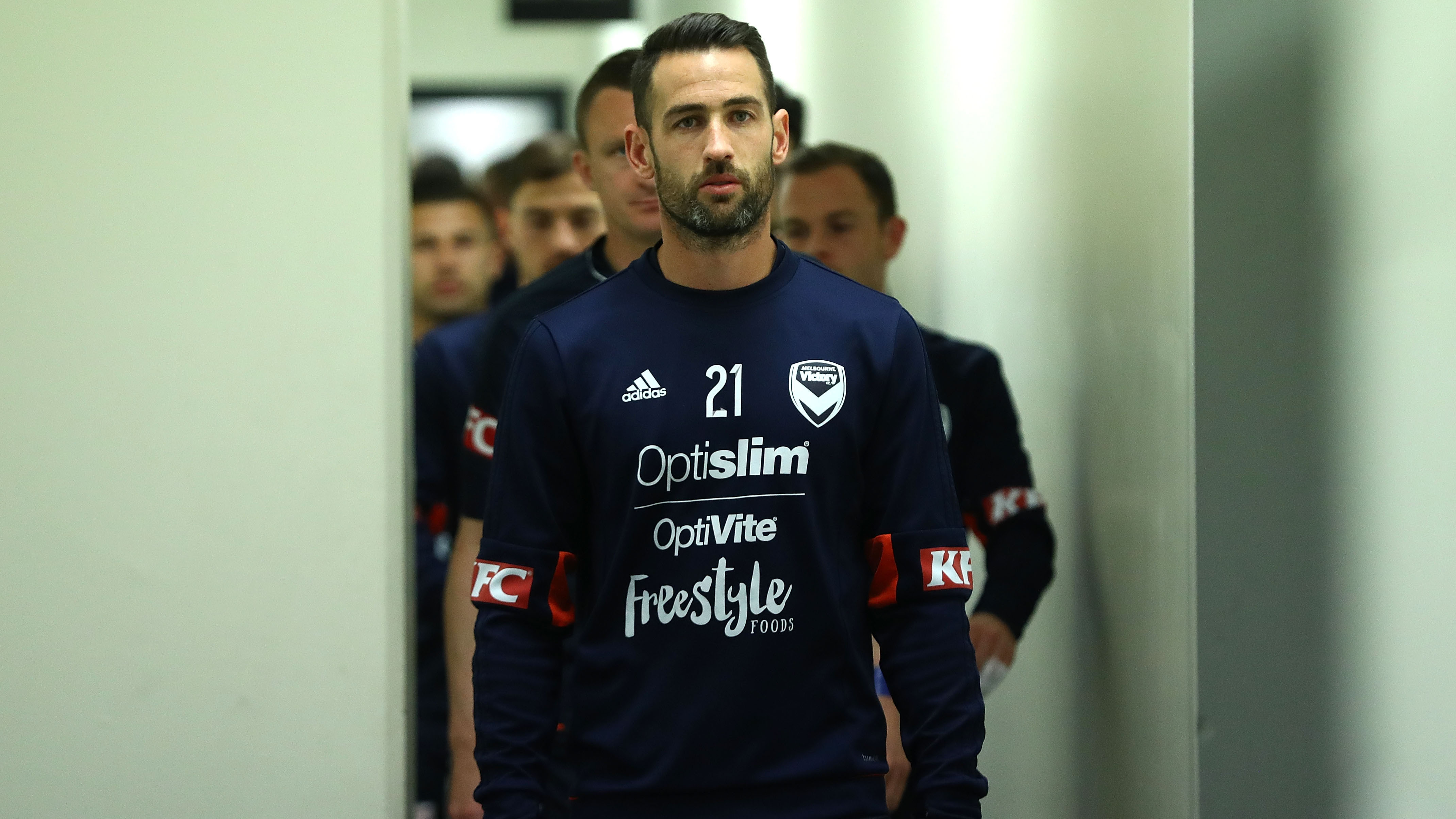 “Bringing Carl to the football club, as the chairman (Anthony Di Pietro) said, was an easy decision. We’ve got a lot of friends in common and a lot of people that we both know and everybody said those two or three things about Carl – how selfless he is, how hard he works and how respectful he is, not only in the environment that he works in but the respect that he shows his family and the way he conducts himself.

“Signing him and bringing him here was an easy decision. At that point I sold him a bit short because he’s been far, far better than that, bringing him here, so I’d like to congratulate Carl also first and foremost on the person that he is and thankful of the contribution that he’s made to our football club.”

Valeri is in his fifth season at the club, having won two Championships, a Premiership and an FFA Cup, as well as a Victory Medal.

Muscat said Valeri’s ability was often overlooked, despite spending a decade in a tough environment in Italy.

“Carl’s character and the way he conducts himself overshadows what he’s been able to achieve,” he said.

“He conducted himself and played at a level that was outstanding, breaking up play, winning the ball back for his team.”