A 96th-minute penalty from Mark Milligan was all that separated the teams in the Melbourne Derby as Victory came out on top.

Muscat said his side was good value for its win despite needing the dramatic late spot-kick.

on whether Victory deserved three points…
“I think so. It was very, very tight. It was an unbelievable contest but I think we were really proactive tonight. We were trying to get the ball back and in our play we were really proactive and I get a good feeling when we’re in that type of mood and players get good reward when we’re in that type of mood because yes, it was late, but a great deal of persistence and while it was late, we got rewarded.

“Our first half was outstanding. The only thing that was missing was taking an opportunity and coming in with an advantage because we asked a serious amount of questions of City and then the second half there were periods when they got on top of us and it was a good contest, but I think that the three points is certainly justified, without doubt.”

on the effectiveness of the Jason Geria-Kosta Barbarouses combination…
“Certainly in the first half. We’ve had some continuity as well. Kosta has spent some time with Jason, uninterrupted time, and getting that understanding and getting on the same page and (they were) causing all sorts of problems.

“If anything, tonight, once we analyse it, I think our decision making in the final third (will be discussed), understandably where it’s the hardest part of the field, because it could’ve been so much different in terms of the result but it doesn’t take away anything from the performance. I challenged the players to be better tonight than they were last week (in a win over Brisbane Roar) and I thought last week for 30 minutes it was really, really good football in that first half. I think we took it into quite a few more minutes tonight and got our just deserts.” 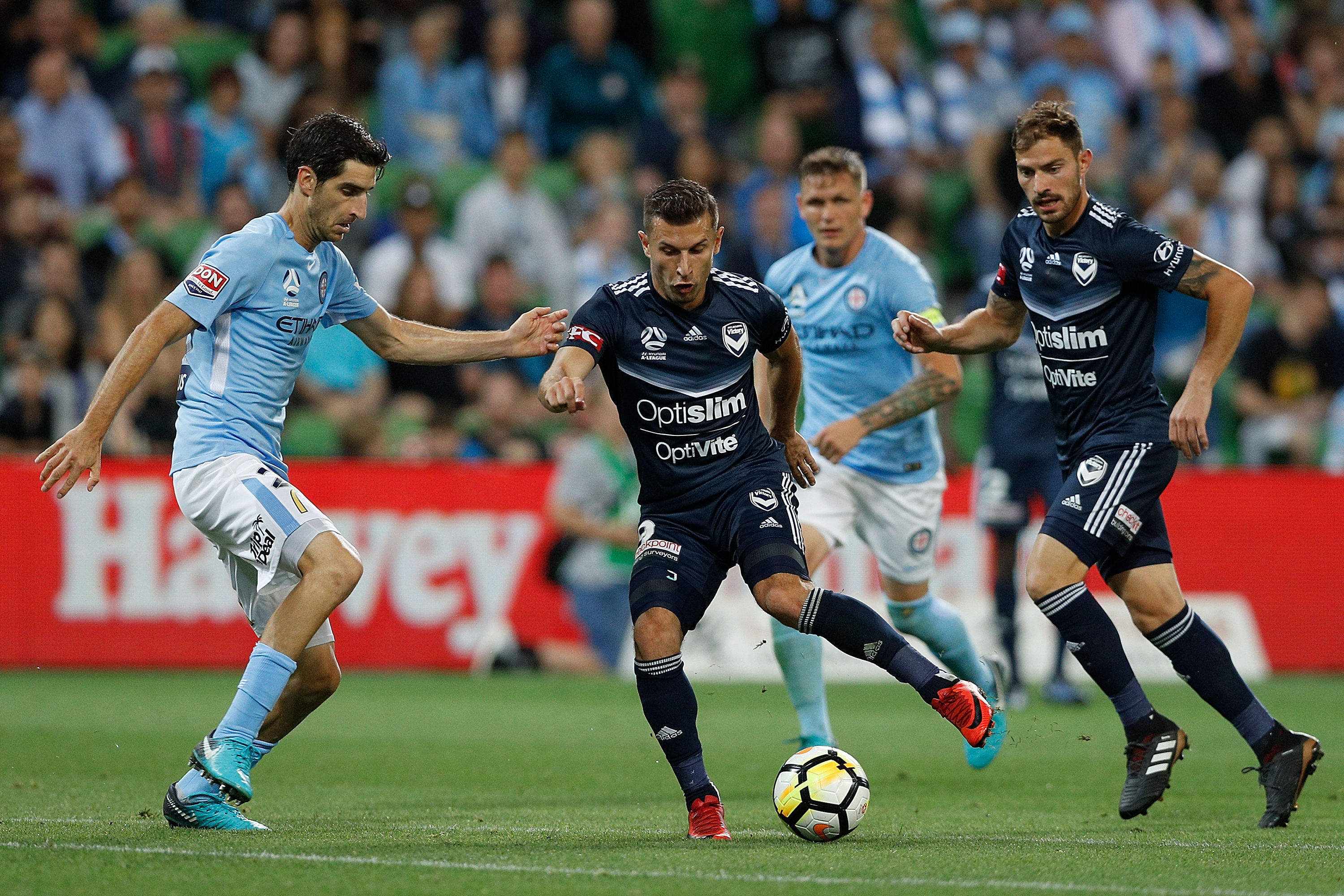 on Milligan taking the penalty instead of Besart Berisha…
“I’ve had a very brief conversation with Bes after the last one (which was saved against Adelaide United) and they’re obviously two mature leaders in our team and come to that conclusion and in the end it doesn’t really matter, but I’m just grateful that Millsy stuck it away.”

on Deng after his collision with Lawrence Thomas…
“It was just a knock from Lawrence when he came for that cross. The boys were giving him stick because a big strong centre-back should bounce straight back up and get to the halfway line so we’ll have to work on it. It was more his stomach than ribs. He’s fine. He came on and finished the game.”