Melbourne Victory’s PlayStation 4 NPL Victoria side will be looking to arrest its modest run of form when it takes on South Melbourne at Lakeside Stadium on Sunday afternoon.

Victory has endured a rough period in recent weeks, with its last match ending in a 2-1 loss to Avondale FC.

Goals have been hard to come by lately, with the absence of captain Joey Katebian (injured) and George Howard (with the senior squad) being felt in the final third.

But Victory’s ability to push teams and look comfortable for long periods has been encouraging, in spite of the regular gulf in experience between them many opposition players.

A tough test remains in store though, with reigning PS4 NPL Victoria premiers South Melbourne keen to extend their formidable run of form.

Having conquered fellow league heavyweights Hume City, Bentleigh Greens and Oakleigh Cannons in recent weeks, Chris Taylor’s side has rocketed straight back to the summit of the PS4 NPL Victoria and reconfirmed its favourites tag for this year.

Victory will look to stifle South Melbourne’s focus on possession and quick transition, which have been instrumental in its success to date.

Matt Millar and Milos Lujic have been in dazzling form for South Melbourne, suggesting Victory’s rearguard will need to be at the top of its game to counter arguably its biggest challenge to date.

Please note, special arrangements have been made for all fans attending the match, with Victory supporters required to enter the venue via Gate 1. Click here for more information. 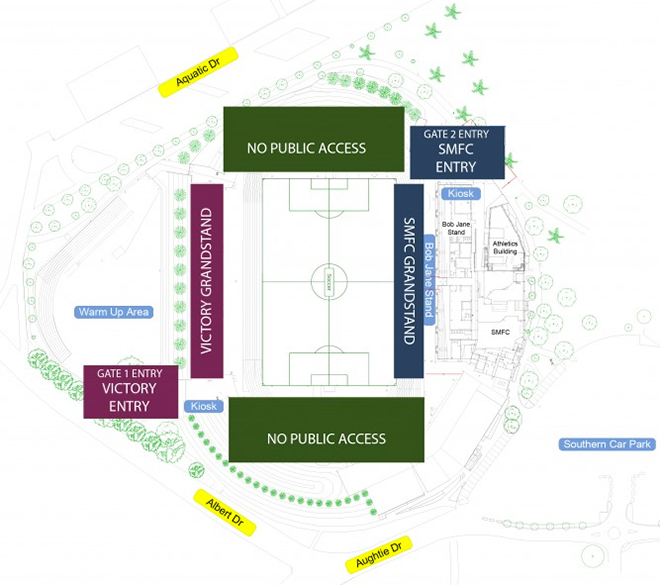