Melbourne Victory’s National Youth League fixture has been released for the summer.

Melbourne Victory’s National Youth League fixture has been released for the summer, highlighted by being part of a double header at Etihad Stadium.

The NYL side will take on Adelaide on December 8 at Etihad Stadium at 5:00pm, before the A-League side does the same later that evening.

Victory will play each of Brisbane Roar, City, Adelaide and Perth home and away, with the season starting away at Roar on November 26. 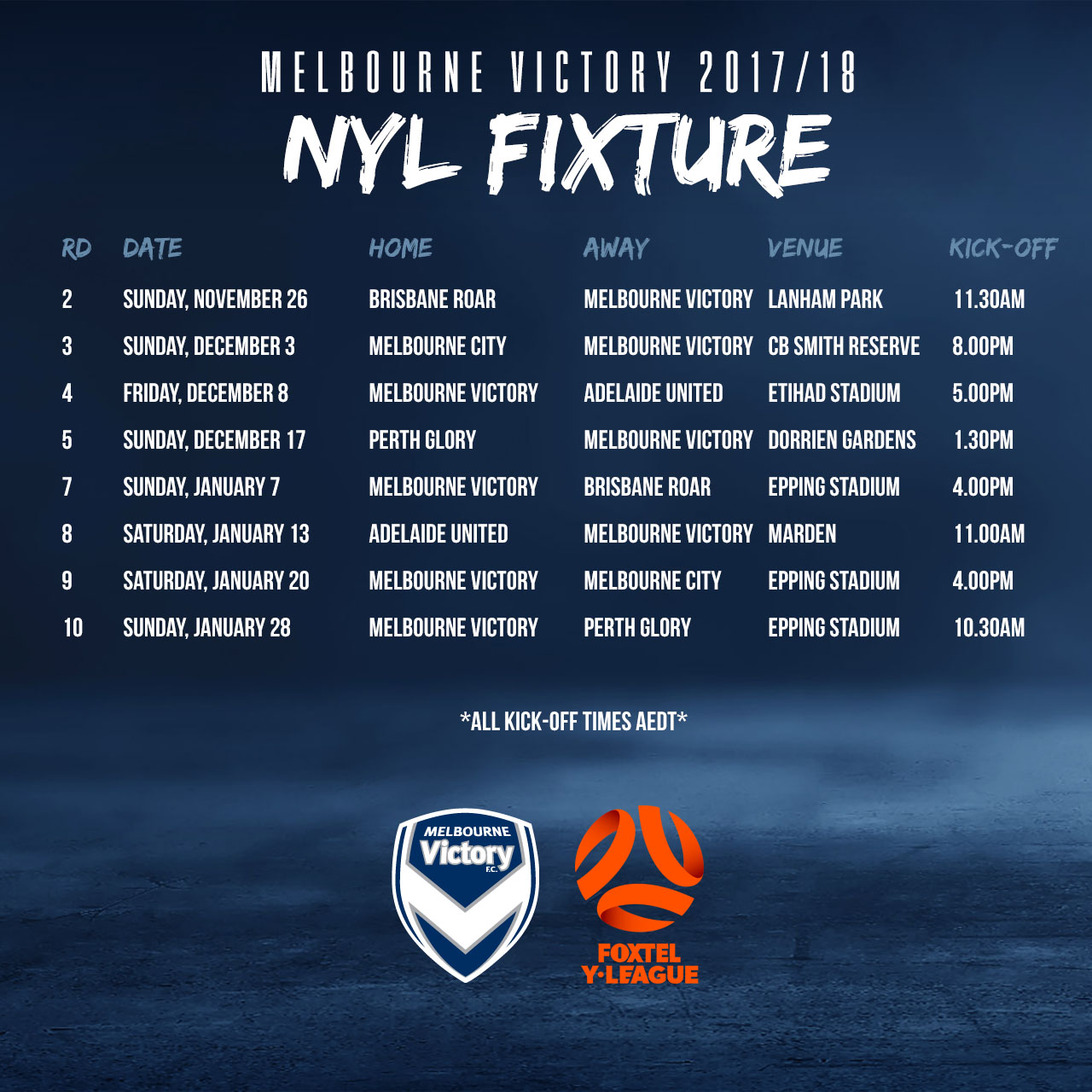