Our Greatest Goal competition is down to four

The Quarter Finals started with eight of our best long-range bombs, magic moments and last-minute winners as Victory fans were given the opportunity to decide which goals would progress.

Terry Antonis’s winner against Sydney FC in the 2017/18 Semi Final cruised into the Greatest Goal Semi Finals with 3,319 of the 3,952 votes on that fixture, comfortably defeating Gui Finkler’s last-minute equaliser against the Wanderers from the 2013/14 season.

The last Quarter Finals match-up puts Terry up against Gui! Which goal are you going with? #MVFC pic.twitter.com/8Nn3REbfBH

With so many great goals going head-to-head, it’s hard to pick just one – but perhaps the losing goal that stands out the most was Danny Allsopp’s solo run in the 2006/07 Semi Final. Up against Marco Rojas’ spectacular flick-and-volley against Newcastle, Allsopp’s goal fell about 600 votes short despite winning the Twitter vote.

This is a good one! Marco's flick and volley against Newcastle or Danny's Semi Final solo run? Start voting… #MVFC pic.twitter.com/nLNB79VwOw

Semi Finals voting starts at 10am on Saturday, June 27. 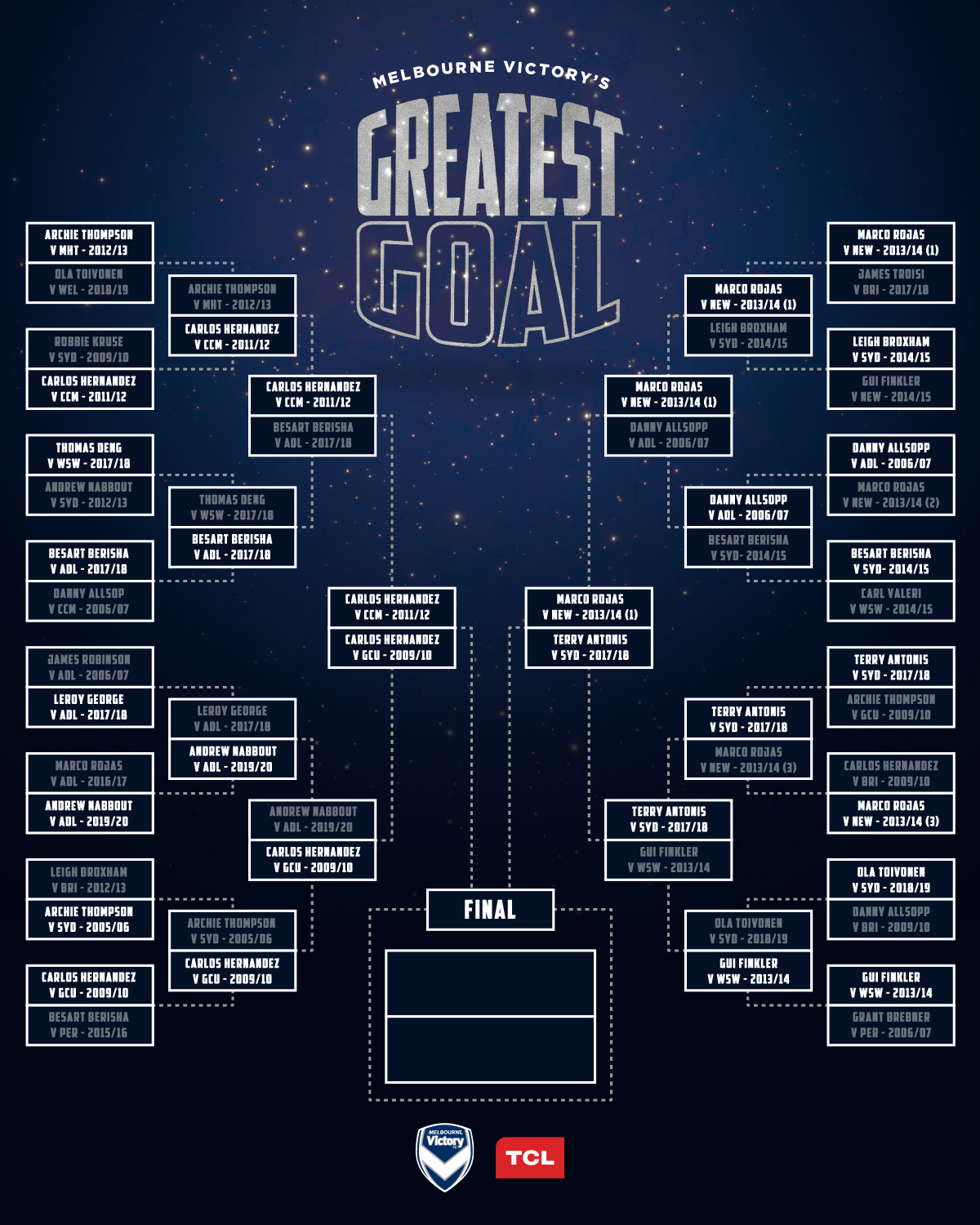