Melbourne Victory came from behind to earn a 3-2 win over the Central Coast Mariners in the Hyundai A-League on Saturday.

A James Troisi strike and Ben Kennedy own goal in the second half saw Victory recover after a pair of Andrew Hoole free-kicks in Gosford.

And it found an 88th-minute winner through Kosta Barbarouses, extending its unbeaten run against the Mariners to 17 games and moving within a point of top spot.

Victory made a strong start as Kenny Athiu and Troisi had early chances, the latter stinging the palms of Mariners goalkeeper Kennedy.

The visitor continued to look dangerous and went close to an opener in the 15th minute, but Raul Baena’s effort was saved by Kennedy after a fine team move.

Instead, the Mariners opened the scoring through Hoole, who curled in a 30-yard free-kick.

Central Coast almost doubled its lead midway through the first half, Victory goalkeeper Lawrence Thomas making a save to deny Connor Pain before a Matt Millar cross hit the post.

Thomas was needed again for Victory 10 minutes before half-time, the shot-stopper tipping a volley from Jacob Melling over the crossbar.

But the Mariners doubled their lead in first-half additional time, Hoole curling in another free-kick from 20 yards.

Victory started the second half well as Troisi forced Kennedy into a save before getting a goal back.

Substitute Elvis Kamsoba – who had a huge impact in the second half – did brilliantly down the left before cutting back to Troisi, who finished clinically for his fifth of the season.

Victory continued to push as Corey Brown forced Kennedy into a diving save on the hour-mark before Athiu saw a header rattle off the crossbar in the 67th minute.

But Athiu would strike two minutes later, Kennedy unable to keep out the striker’s chipped effort after a scramble in the area.

Barbarouses dragged a shot wide in the 76th minute after a wonderful pass from Troisi and that duo combined for the winner.

Troisi released Barbarouses down the right and the forward cut inside before finishing into the bottom corner to give Victory three points.

on the comeback…
“I believe in my team that we were good enough to come back from 2-0. When I came on, I was a bit nervous from the bench, 2-0 down, first half we didn’t perform well but we came back second half and we gave it our all.”

on his cameo…
“The coach is always telling me to back myself, when you have the chance take them on, that’s what I did. I got the opportunity and I took it.” 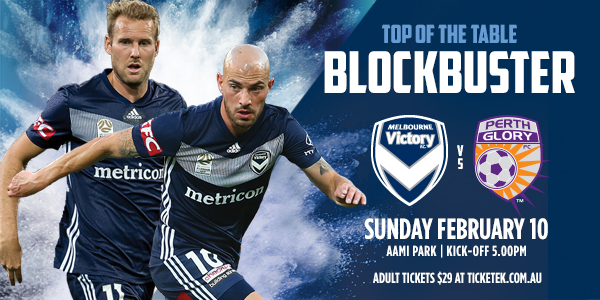