Melbourne Victory came from two goals behind in the second half to share the points with Wellington Phoenix at AAMI Park.

Victory missed the chance to bridge the gap on Perth Glory but remain second on the Hyundai A-League table, while the Phoenix extend its unbeaten streak to nine matches.

Wellington pressed right from kick-off, with Lawrence Thomas called into action in the 2nd minute to deny Roy Krishna.

Victory’s first attacking foray of the game saw Toivonen register his 9th goal of the season. A blistering ball by Antonis found Barbarouses who linked up with the former Sweden international to put Melbourne 1-0 up.

Wellington’s persistence in using Fenton on the right paid off just minutes later, as the winger found David Williams in the box. While it wasn’t as spectacular as the goal he scored at AAMI Park under a month ago, the solid finish put the game back on equal terms.

The chemistry between Barbarouses and Toivonen almost resulted in another goal for the home side, however it popped up just over the crossbar. Meanwhile at the other end, Thomas Deng was doing his best to snuff out the Fenton and Williams link-up.

Victory youngster Josh Hope was judged to have fouled Roy Krishna in the area and the Fijian blasted the ball past Thomas to make it 2-1 in the 20th minute.

An optimistic David Williams long-range shot in the 28th minute saw the resulting Lawrence Thomas parry land right at the feet of Krishna, who had no trouble slotting the ball home to register his second of the afternoon.

Wellington thought it had another goal on the stroke of half time as Rufer put the ball in the back of the net, however the referee deemed Krishna to have fouled Victory skipper Leigh Broxham.

Victory had a golden opportunity just seconds later as a brilliant ball by Troisi set up Barbarouses, but Wellington goalkeeper Filip Kurto managed to get his fingernails to the ball and turn it around the post. A tame shot on target by Josh Hope ended first half proceedings.

The second half began with David Williams mounting two deep counter attacks, exposing the lack of pace in the Victory defence, but he required support and the chances amounted to nothing.

As has been the case so often, Victory star man James Troisi created something out of nothing, piercing through the Phoenix defence as a one-two with Toivonen resulted in the home side grabbing a goal back to make it 3-2.

Not long after, Terry Antonis came close to levelling the game up, however his shot smacked into the upright and bounced clear.

The home side kept pressing, with the introduction of Elvis Kamsoba re-energising the Victory frontline. The 22-year old made run after run and forced Filip Kurto into a save via a long-range effort.

In the 88th minute an Antonis looping cross into the box bounced off multiple Phoenix defenders before finding Kosta Barbarouses, who smashed the ball home to make it 3-3 against his old club.

Full of momentum, Victory continued to attack in the hope of finding one more goal but just couldn’t break through.

Victory is  at home in its next game, hosting Sydney FC at AAMI Park on Saturday, January 26. 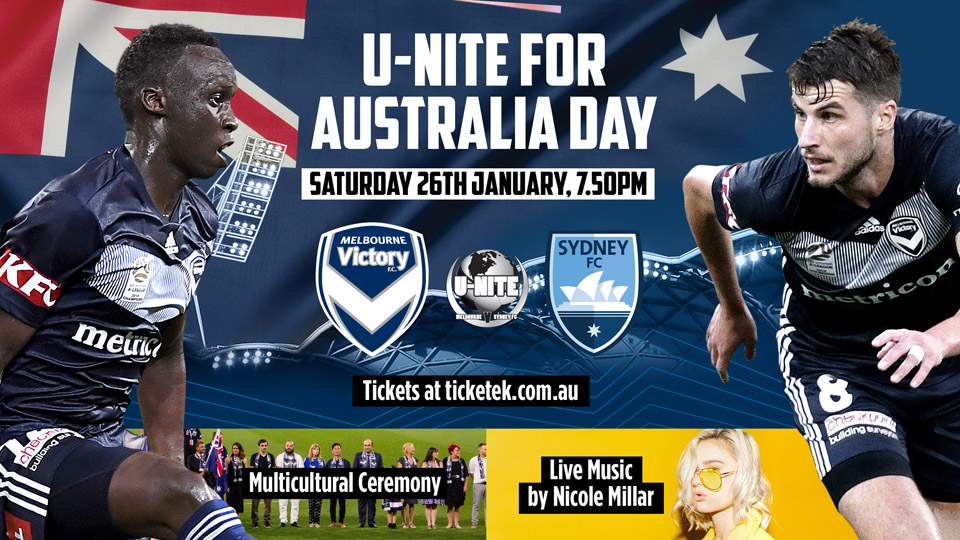