Melbourne Victory is aiming to continue its winning run in the Hyundai A-League when it faces City in the Derby on Saturday.

Victory is looking for a seventh straight win, a feat it last achieved in 2006 – when it secured a club-record eight in a row.

Having extended its winning streak by beating Brisbane Roar 4-2 on Friday, it meets City at AAMI Park. 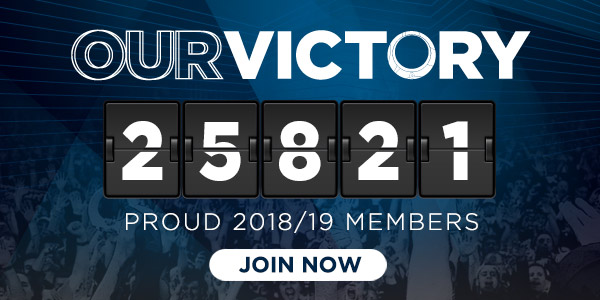 Victory’s star-studded attack was dominant in the first half in Brisbane, before Kevin Muscat’s men took complete control against 10 men.

Victory leads the league for goals scored (20) this season, and is one away from becoming the first club to net 600 in the Hyundai A-League.

It finished Round 8 second on the table, two points behind Perth Glory and four ahead of Sydney FC.

Victory has won four of the past six derbies and 12 of the 26 between the clubs in the Hyundai A-League.

City is fourth on the table, five points adrift of Victory.

“Victory are in form, that’s why they are where they are on the table, they’re playing some great football and they’re champions for a reason. But we never lack confidence, especially in derbies. We won the first one which was fantastic and the young boys up front are doing a good job. We might lack a bit of experience, but we seem to be dealing with it fine. They’re doing a great job.” – City midfielder Luke Brattan.

“The derbies, at AAMI Park as well, they’re big games. City are doing well and the intensity goes up five or 10 per cent. The start of the game everyone’s a bit anxious and not wanting to make a mistake so it’ll be a bit of contest to begin with and that’s what they’re always like and gives you a bit of bragging rights over Christmas and you just want to send your fans home happy with a win because that’s the biggest thing for them.” – Victory stalwart Leigh Broxham.

Honda marked his Victory debut with a goal in Round 1 this season.

But while Victory was on top for the most part, City struck through Ritchie De Laet – after Lawrence Thomas had saved a penalty – and Riley McGree to claim three points.