One lucky person who participated in the vote will win a 65 inch TV, thanks to TCL Australia/NZ, plus we have 4x $100 adidas vouchers to give away.

WATCH: Terry Antonis on THAT goal

The road to the final

Both goals came up against some stiff opposition along the way to the final. 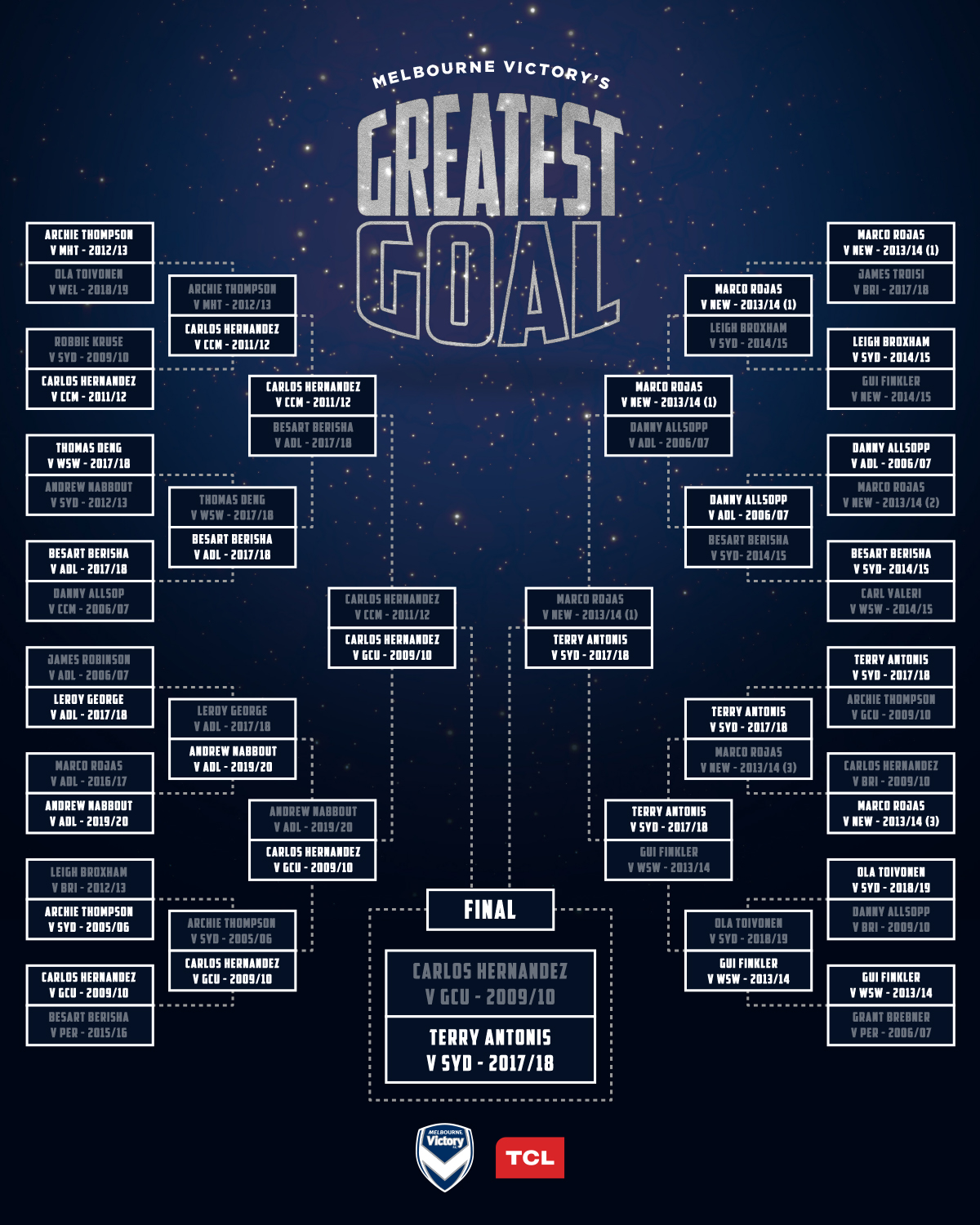 Carlos’ effort against Gold Coast United even had to fend off another of his rockets, the strike against Central Coast in 2010/11, in the Semi Finals.

Terry’s goal beat two cracking efforts by Marco Rojas, including the remarkable flick-and-volley from the 2013/14 season in the Semi Finals.

A worthy Final with two memorable goals going head-to-head for the title of Greatest Goal. Are you going with @lashmidaniel16's outrageous strike from distance or @TerryAntonis' big Semi-Final moment? #MVFC pic.twitter.com/fbzkYGljN6