Melbourne Victory is preparing for an Elimination Final on Friday night at AAMI Park against Wellington Phoenix.

After spending Rounds 17-19 out of action, Ola Toivonen is once again in form and ready for his first taste of the Hyundai A-League Finals Series.

In its previous meeting with Wellington in Round 19, Victory drew 1-1 – while Toivonen continued his recovery from a short-term injury.

The 32-year-old has started in Victory’s last six A-League games and has added three goals to his impressive tally.

In Round 22, Toivonen announced his return with a typically brilliant free-kick in a 2-0 win over Perth Glory. Toivonen’s winner was also the 5,000th goal scored in the A-League.

Two rounds later, the Swede was on the scoresheet again. This time he opened the scoring in a 2-1 triumph over Central Coast Mariners.

In Victory’s last game of the regular A-League season, Toivonen struck again. A daring cross by Thomas Deng was played into the path of the striker – whose thumping header found the top corner.

The ball from Tommy, pinpoint from Ola 😍 #MVFC #OurVictory pic.twitter.com/TnMhQQN4CU

In all, Toivonen has made 20 appearances and scored 13 times for Victory. The Swede also has three assists to his name and is second on Victory’s top-scorer list – one goal behind Kosta Barbarouses.

Eleven of the striker’s goals have been scored inside the box and eight been converted with his right foot.

Toivonen has scored in both of his previous appearances against Wellington. However, Victory is without a win against the Phoenix this season – drawing on all three occasions.

On Friday night, the big Swede will be hoping to find the net once again and aid Victory on its quest for a fifth A-League Championship. 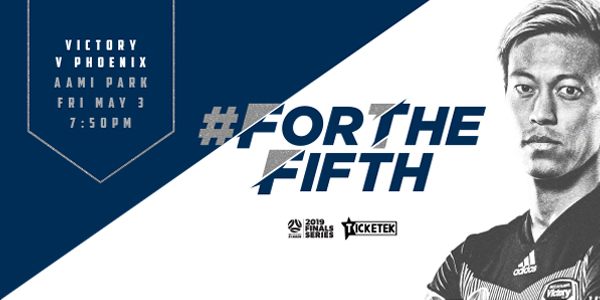