In a first for the franchise in Australia, Catley will be the first female to adorn the front cover of the popular game.

The 21-year-old beat Westfield Matildas team-mates Kyah Simon and Katrina Gorry for the honour as more than nine million football fans around the world cast votes.

“Words can’t describe the excitement I’m feeling about being on the cover of FIFA 16, it’s a dream come true,” Catley said.

“It’s been a huge year for the Westfield Matildas and getting this recognition from EA Sports and FIFA fans for all our hard work is a great step forward for women’s football on both a local and global scale.

“I’ve always been a huge FIFA fan and knowing that I will be playable in the game, as well as being on the cover alongside Lionel Messi, is a career highlight for me.

“I would like to thank Australia for voting and cannot wait to see it on the shelves.”

The final Australian FIFA 16 cover will be officially revealed at an exclusive event in Sydney on Thursday, August 13.

FIFA 16 will be available in Australia on September 24 this year on PC, Xbox One, Xbox 360, PlayStation 4 and PlayStation 3. 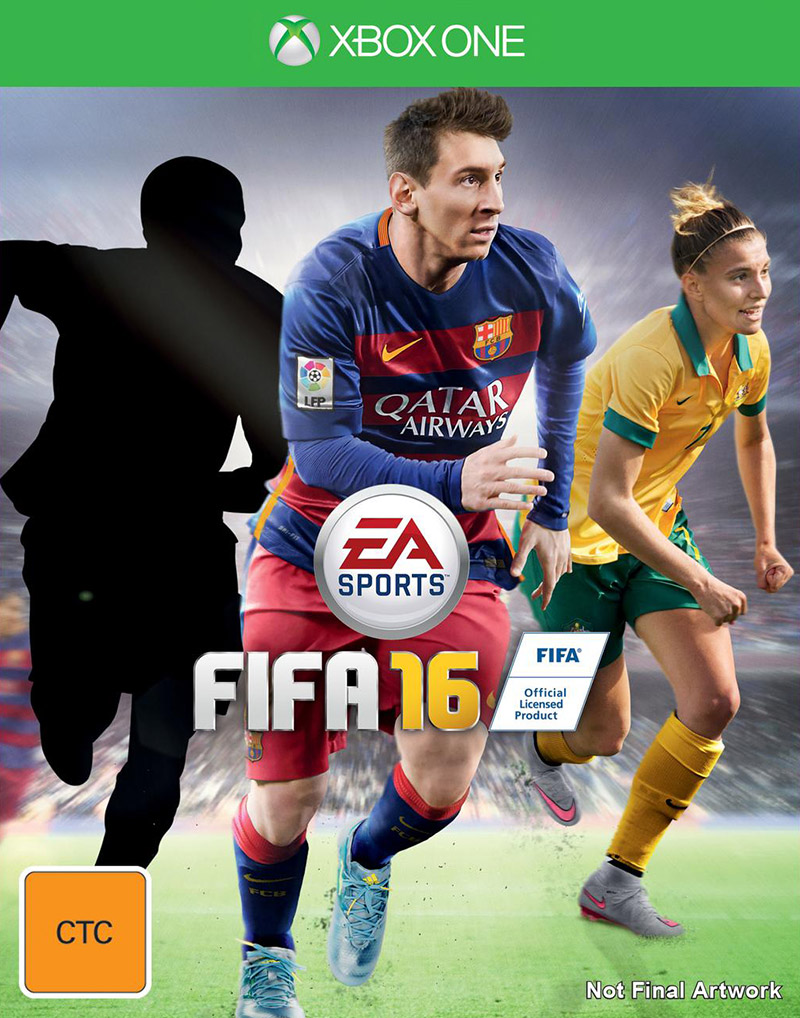