Melbourne Victory is looking to bounce back when it visits Brisbane Roar in the Westfield W-League on Friday.

After a resounding win over Adelaide United in early December, Victory finished 2017 with a 3-1 loss to the Newcastle Jets.

Ahead of a trip to Suncorp Stadium, Victory head coach Jeff Hopkins said his team’s focus had been on its competitiveness.

“Looking back at the game, there were one or two key things we spoke about after the game,” he said.

“One was our ability to really compete and not just compete but win possession of the ball.

“We sat down and asked ourselves a few questions this week if we’re really serious about making finals and about winning games that we must compete a little bit more aggressively and do the other side of the game a little bit better.

“There were a number of things we did pretty well, although we didn’t really create a huge amount of chances. We weren’t too far away but we’re just missing that competitive element.

“This week at training we’ve been looking at that side of things, we’ve made everything ultra competitive and to give the players credit, they’ve reacted very well.”

Victory is seventh on the table, six points behind fourth-placed Perth Glory but holding a game in hand on almost all of the teams above it.

Despite the disappointing result against the Jets, Victory had 15-year-old attacker Kyra Cooney-Cross score her maiden Westfield W-League goal. 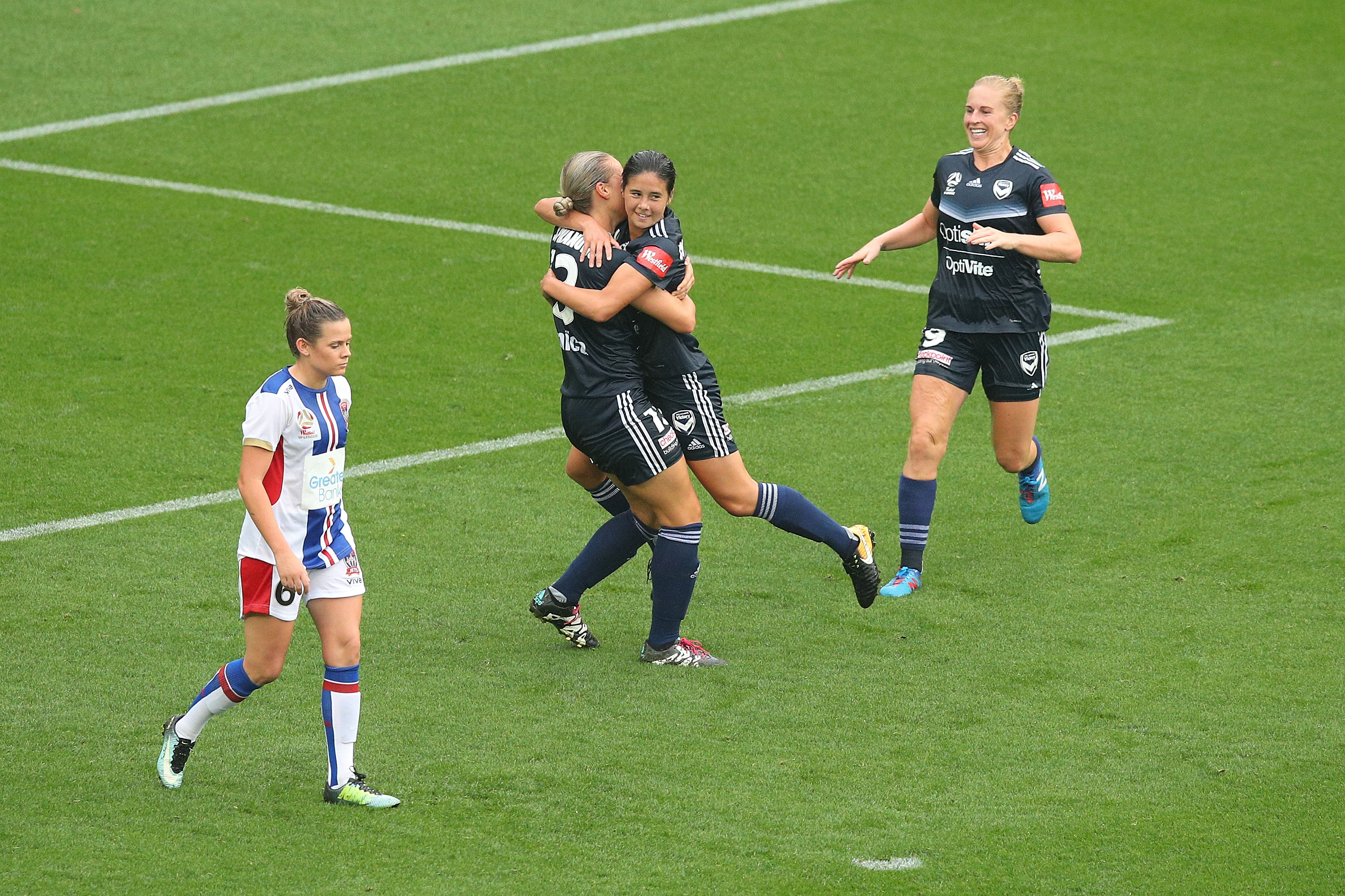 The club’s all-time leading goalscorer Natasha Dowie has led the way in attack again with five strikes this season.

Brisbane has won back-to-back games and sits top of the table ahead of Victory’s visit.