Melbourne Victory is eager for a win when it hosts Adelaide United on Saturday, celebrating its 10th anniversary Westfield W-League match.

Without a win in four matches, Victory welcomes the Reds – who also have four points from five games – to Lakeside Stadium.

“We don’t want to focus too much on them. We’re going to make two or three of their strengths apparent to us and work on that, but we’ve really got to take the game to them,” he said.

“We need to win the game on the weekend so our focus this week is on us and what we do.

“We’re under no illusions it’s going to be a tough game and they’ll be in a similar boat to us.

“The game’s about us this weekend and if we get things right from the start, I’ve got every confidence in a good performance. 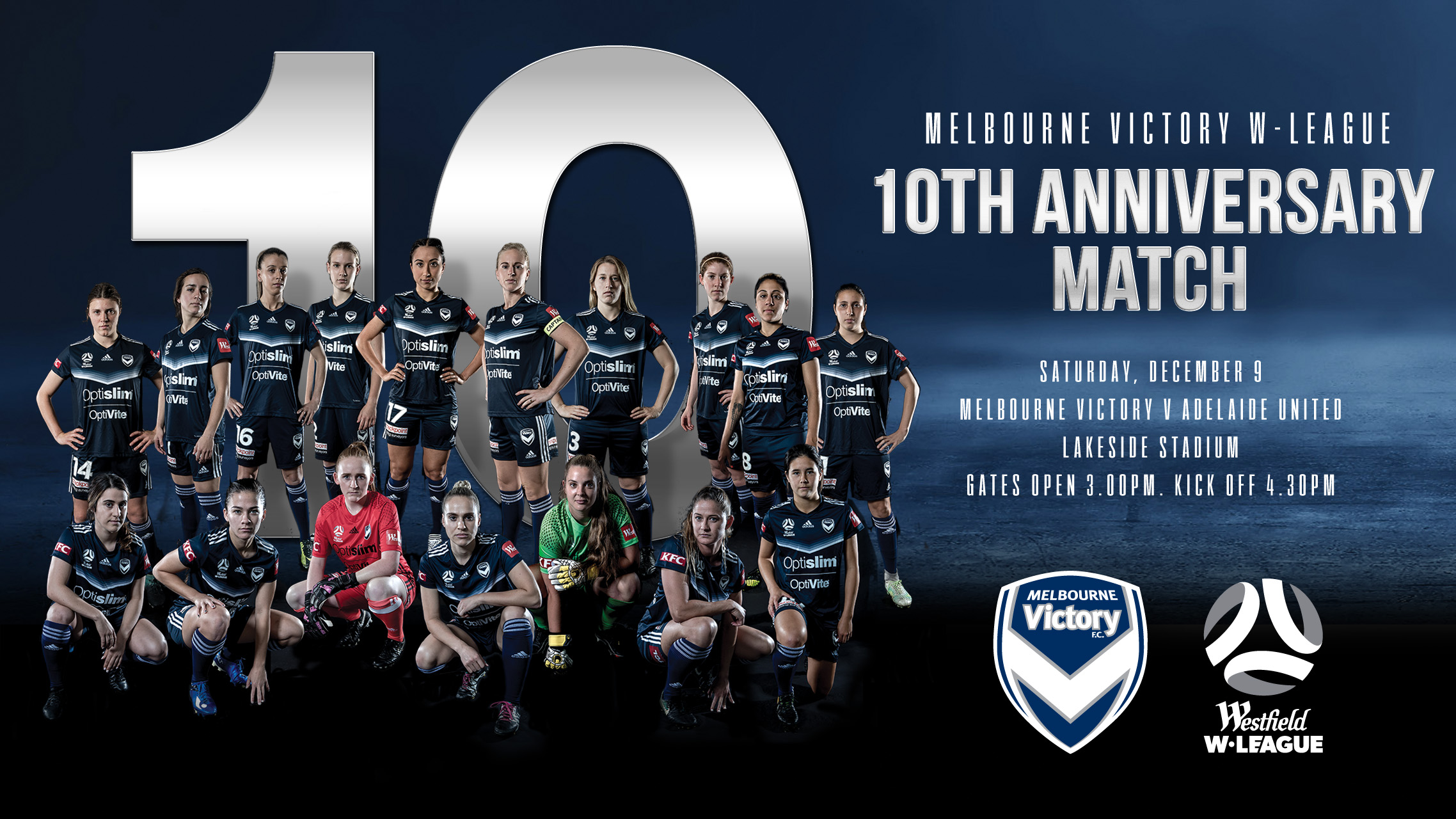 This season is the 10th of the Westfield W-League, which Victory was champion of once, in 2013-14.

Hopkins said the competition had improved significantly as Victory prepares to celebrate its time in it.

“The team and the league has come a long way since that inaugural year,” he said.

“It’ll be good because we’re going to make a big thing of it over at Lakeside this weekend and we’ve invited back as many of the original W-League side from year one and it’ll be good to have them around.

“They’re a big part of where we are at the moment and where we’ve moved onto.”

Captain Natasha Dowie has scored three goals this season to take her tally to 14 for the club, one away from becoming Victory’s all-time leading goalscorer outright.

The last time Victory and Adelaide met was in Round 1 last season, playing out a thrilling 3-3 draw.